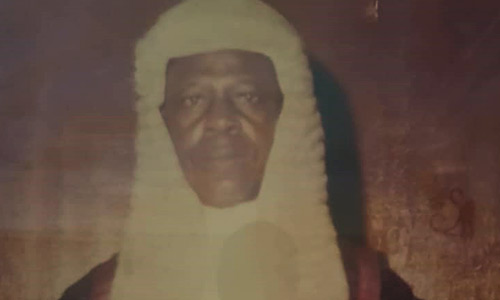 A retired Justice of the Court of Appeal, Justice Abai Ikwechegh is dead.

According to family members, the late Jurist who was born in September 1923, in Igbere, Abia state died last Monday, after a vigil in the presence of his children.

In a statement by Chief Ibe Ikwechegh on behalf of the family, said he will be greatly missed by all.

Justice Ikwechegh was born in September 1923 in Igbere, Abia State to Chief Ogbonnaya Ikwechegh, a merchant and a warrant chief. He began early schooling in Igbere and then later attended the Hope Waddell Training
Institute in Calabar. He was a teacher and taught briefly at Owo in Western Nigeria and Western Boys High School in Benin City and Enitona College in Port Harcourt.

He later trained in Kensington College, England. In 1955, he qualified as a lawyer and was called to the English Bar in the same year. He was of the Lincolns Inn barrister at Law. He practiced briefly in Aba and in 1959 set up practice in Jos .

During his career as a judge, he headed many Panels, tribunals, and Commissions of Inquiry. In 1977, he was appointed by the Federal Military Government to the Land Acquisition Control Tribunal. He also headed the Imo State Chieftaincy Panel in 1978, known as the Ikwechegh Panel which had laid down guidelines for government recognition of Traditional Rulers. He also served as the first chairman of the Governing Council of the Federal Polytechnic, Nekede from January 1977 to June 1980.[5] He also served as the Chairman of the Governing Council of the Alvan Ikoku Federal College of Education, Owerri from January 1991 to November 1992.

He is a devout Christian and an Elder of the Presbyterian Church of Nigeria. He holds the national honour of Officer of the Order of the Federal Republic of Nigeria.

He was married to Chief (Mrs) Mercy Ikweechegh who survives him. He is also survived by six children and many grand and great-grandchildren.

He passed after a vigil held for him and in the presence of his children.