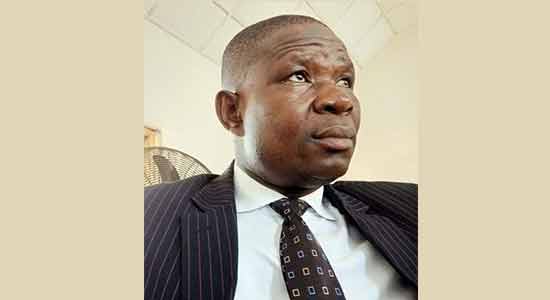 From Chuka’s account (although we’re yet to hear the other side; we’re waiting), it appears that Olumide Akpata is now running a personal, one-man show as the NBA President (2020-2022). Check out why an excellent mind in the person of Chuka Ikwuazon had to quit as SPIDEL Conference planning committee chairman:

IMPLICATIONS
1️⃣. Chuka resigned to satisfy Akpata’s ego, to allow Akpata’s personal whims and caprices to prevail. We’re however waiting for the NBA President to explain why he did not want to see Chuka Ikwuazon (a learned silk, an excellent brain and brilliant mind) as the Planning Committee Chairman. And why he would not support a SPIDEL Conference being planned by a Committee headed by Chuka Ikwuazon. We need to know what Chuka’s offences (if any) are, that Akpata had to take such a decision and place such a wholly subjective condition in an affair of NBA, with over 197,300 members. Else, we might be forced to ask whether Mr Olumide Akpata as NBA President, has finally turned NBA leadership into his own personal/private affair wherein his subjective personal predilections, whims and caprices, and nothing else, are law and accordingly the order of the day.

A few days ago (although I am still researching to write on this one), reports made the rounds of how the same NBA President, Mr Akpata, had overruled the NBA General Secretary who on her part, had only advised that rule of law as set out in section 20 NBA Constitution be followed to the letter. I will make public, my findings and reflections thereon.

Note: I am for all in general, and for no one in particular, but the best interest of the NBA and the law profession in Nigeria.