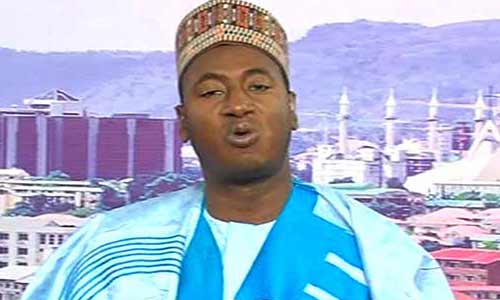 One of the umbrella bodies of herdsmen in Nigeria, the Miyetti Allah Kautal Hore, has alleged that policemen along the Abuja-Kaduna Expressway are arresting innocent Fulani herders, branding them as kidnappers and forcing them to pay huge amounts of money as bail.

National Secretary of the group, Saleh Alhassan, pencilled this allegation in a statement on Friday. The statement was titled, ‘Arbitrary arrest and criminal extortion of Fulani herders’.

According to him, innocent Fulani herders grazing cattle in villages along the highway have been arbitrarily arrested by the police in recent times and they have had to cough out thousands of naira as bail.

The spokesman said constitutionally, bail is free “but for police personnel at Katari Police Station, situated along the Abuja-Kaduna Expressway, bail is for the highest bidder”.

“Suspects are forced to either pay for their freedom or they are tortured. The Police personnel are going about abducting our herders, branding them kidnappers or robbers and forcing them to pay bail under torture.

“Our herders, who are undertaking their lawful ventures, have been victims of this arbitrary arrest and demand for bail.

“Many relatives of these herders have forcefully cough out N200,000 to 1.5 million naira to bail out their subjects from the hands of these police officers.

“This is unacceptable, and we demand immediate action.

“While we have already informed the police headquarters of these happenings, we felt it necessary to also let the world know this, in view of the growing hatred, stereotyping and prejudices against our herders and Fulani ethnic group in the country,” the statement read in part.

Alhassan urged the police hierarchies to clamp down on the personnel allegedly involved in the act.

A text message sent by our correspondent to Force Public Relations Officer, Frank Mba, seeking police comments on the matter was not replied to as of the time of filing this report.

The Abuja-Kaduna Expressway is infamously one of the volatile highways in the country notorious for kidnapping, banditry and other heinous crimes.

In September 2021, many Nigerians were aghast that the National Youth Service Corps in its handbook listed the Abuja-Kaduna Highway as one of the high-risk roads in the country, asking family members of prospective corps members to prepare ransom to be paid to criminals in case the young graduates are kidnapped.

A number of corps members have been kidnapped in recent months. The rate of kidnapping on major roads have forced many corps members to abandon road transportation and opt for air and rail transportation to connect their base to their states of posting which is usually outside their geopolitical zone.

But in October 2021, incorrigible bandits operating along the Abuja- Kaduna road also bombed a rail track along the Abuja-Kaduna route. A Nigeria Railway Corporation train was subsequently attacked by the bandits and the driver of the train and the passengers had escaped by a whisker.

Many Nigerians are extremely disappointed in the regime of the President, Major General Muhammadu Buhari (retd.), who rode to power on the heels of combating the security challenges plaguing the country in 2015 but the situation seems to have been aggravated in the last six years.

The Minister of Justice and Attorney-General of the Federation, Abubakar Malami (SAN), recently said kidnappers have also been declared as terrorists after a Federal High Court sitting in Abuja declared bandits as terrorists of late.

But beyond rhetorics and media grandstanding, many Nigerians want quick prosecution of kidnappers, insurgents and terror financiers including over 400 bureau de change operators arrested in Kano, Borno, Abuja, Lagos, Sokoto, Adamawa, Kaduna and Zamfara, whose files have been in the office of the AGF since the beginning of 2021.