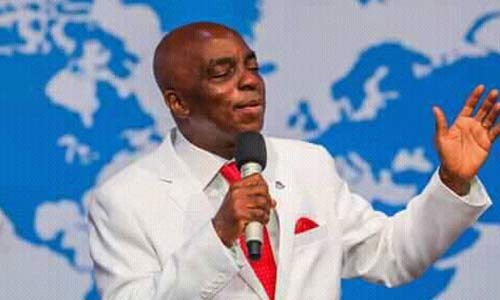 Founder and General Overseer of Living Faith Church Worldwide, also known as Winners’ Chapel International, Bishop David Oyedepo, has been identified in the list of Nigerians that set up offshore companies in the British Virgin Islands.

Premium Times reports that Oyedepo’s name popped up in the Pandora Papers reporting project led by the International Consortium of Investigative Journalists (ICIJ).

Former Governor of Anambra State and Vice Presidential Candidate of the Peoples Democratic Party, Peter Obi, Governor of Kebbi State, Atiku Bagudu and that of Osun State were the other prominent Nigerians that have been exposed in the tax haven scandal.

According to the report, Oyedepo in August 2007 contracted the services of Business Centrum Limited, a London-based agent, to help him set up a company in the infamous tax haven for him and his immediate family members.

“Business Centrum subsequently subcontracted Trident Trust Group, one of the world’s leading secrecy enablers and one of the most notorious providers of offshore corporate and financial services.

“Although the directors of the company are Mr Oyedepo and his two sons – David (junior) and Isaac, every member of Mr Oyedepo’s family are listed as shareholders.

“Mr Oyedepo and his wife, Faith, are the largest shareholders with 30 percent of shares each.

“Love and Joy – the two daughters of the cleric – were similarly given 10 percent shares each.

“The documents did not reveal the exact businesses and transactions the offshore company was set up to conduct. The entity however appears to be the family’s investment vehicle under which the family’s wealth is warehoused for offshore management,” the report read in part.

Daily Trust reports that the Pandora papers is the third of its kind where international media reports on the acquisition of offshore assets have listed Nigeria’s most prominent public officials.

The reports of Panama and Paradise Papers have also followed a similar pattern where Nigeria’s wealthy and influential persons in political, business and religious circles where ‘exposed’ on how they used offshore secrecy vehicles, not only to siphon funds but to avoid tax.