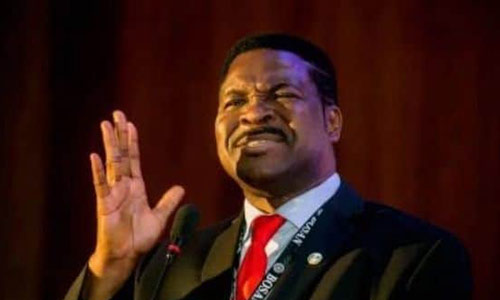 Mike Ozekhome, SAN and Prof. Chidi Odinkalu have faulted the appointment of Usman Alkali Baba as the new Inspector General of Police,. According to them, the appointment is illegal

The acting IGP was the Deputy Inspector General in charge of Force Criminal Investigations and Intelligence Department (FCIID).

Ozekhome said the president lacks the power to single-handedly appoint an IGP.

He argued that by sections 7(6) and 18(8) of the Nigeria Police Act, 2020, in addition to the clear provisions of sections 214 ,215 and 216 and paragraph 7 to the 3rd Schedule of the 1999 Constitution, “the president cannot single-handedly appoint an IGP, as he has again unconstitutionally and illegally done.”

He added that the president “can only do so in conjunction with the Nigeria Police Council comprising Mr. President as chairman, all the 36 state governors, the chairman of the Police Service Commission and the IGP,”

Therefore, according to him, “Such an appointment as just happened before the new acting IGP is capricious, arbitrary, whimsical, unconscionable, illegal, unlawful, wrongful and unconstitutional.”

Prof. Odinkalu, who was a former chairman of the National Human Rights Commission, described the appointment of Acting IGP as illegal.

“The Constitution requires Police Council to advise on the appointment of IGP. They have not met.

#Nigeria's President is in exile

The Constitution requires Police Council to advise on appointment of IGP. They have not met

The Police Affairs Minister has no powers in the process#Impunity

“The Police Affairs Minister has no powers in the process.” he tweeted