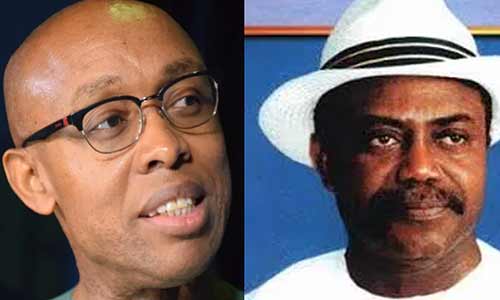 A former chairman of the Governing Council of the National Human Rights Commission, Prof. Chidi Odinkalu and Ayisha Osori have asked the Appeal Court to set aside a judgment of a Rivers State High Court which found them liable in libel in a suit filed by a former governor of Rivers State, Dr Peter Odili.

In an amended notice of appeal filed by their lawyer, Adeyinka Olumide-Fusika, SAN, the two human rights activists said the trial judge, Augustina Kingsley-Chukwu erred in law when she failed to strike out the plaintiff’s suit for want of jurisdiction.

They argued that the publisher of the book – Kachifo Limited, and the place of publication which is 253 Herbert Macaulay Way, Yaba, Lagos, as well as the authors of the book were outside the territorial jurisdiction of the Rivers State High Court.

The appellants also stated that the trial court misdirected itself in fact when, in order to justify the territorial jurisdiction it assumed and exercised, it held that the witnesses called by the plaintiff bought and read the book even when the witnesses failed to give evidence of where they bought the book.

They stated that the respondent sued them as authors, and not as publishers of the book.

Justice Augustina Kingsley-Chukwu had found Odinkalu and Osori liable of defaming Odili in their book, ‘Too Good To Die’ published in 2018.

The judge consequently awarded the sum of N250 million against them.

Dissatisfied with the judgment, Odinkalu and Osori have appealed to the Port Harcourt Division of the Court of Appeal.

In another ground of appeal, the appellants said the trial court erred in law when it found and held that “The defendants on the other hand after entering appearance and filing their pleadings along with necessary documents abandoned the case half way and failed to call any evidence in proof of their case.”

In the particular of appeal, they argued that although the trial court had made an order for the issuance of hearing notice on the appellants, none was ever issued on the 2nd
appellant, Ayisha Osori.

They further contended that the proceedings taken by the trial court subsequent to the proceeding of 17th day of July 2019 were without notice to any of the appellants.

They accused the trial judge of descending into the arena of conflict by supplying missing elements to justify the jurisdiction it wrongly assumed, and to help the respondent to succeed on his claim even when he was the only party from which the court was able to hear in the absence of the appellants.

The appeal has been adjourned to December 6.