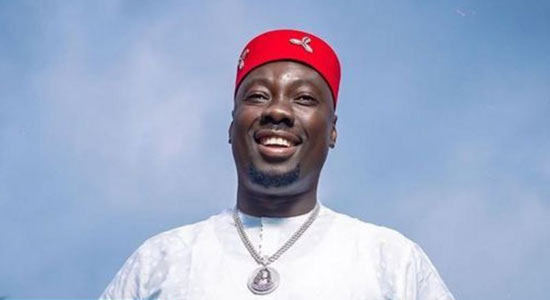 Popular socialite, Obi Iyiegbu, a.k.a Obi Cubana is in trouble as the National Drug Law Enforcement Agency (NDLEA) has commenced investigation into his links with drug money.

Though the NDLEA has refused to officially comment on the case against Iyiegbu who has Cubana club in five locations – Imo, Lagos, Rivers, Enugu and Abuja, it was gathered from a source from the anti-narcotics agency that the socialite has a case to answer and is still not yet off the hook.

The source who preferred anonymity, said: “Definitely we have a case against Obi Cubana but we are still laying the background for the case to know what next step to adopt.”

He added that: “The initial invitation was a step towards especially the case against him. We are hoping to invite him again and his release should be soon as no proof that he may be left off the hook.”

Iyiegbu, who is the Chairman, Cubana group of companies, was initially invited to the headquarters of NDLEA in Abuja for questioning on Thursday and after spending about five hours during which he was interrogated he was allowed to leave without any charges levelled.

It was learnt that the case against Iyiegbu was over some suspicious payments allegedly made into Cubana’s account by three convicted drug dealers from Malaysia, Nigeria and India.

The investigation against Iyiegbu may not be by the NDLEA alone but made in collaboration with the Economic and Financial Crimes Commission (EFCC) as it has to do with “illicit” financial transactions, according to the source.

On Thursday, he was said to have arrived at the NDLEA office around 9a.m. and interrogated till about 2p.m. when he was allowed to leave.

It was reported that that the NDLEA has establish three of such illicit payments, with one of the persons that paid money into his account was convicted in Kuala Lumpur, Malaysia; with another convicted in New Delhi, India; and the third payment made by someone arrested at the Murtala Muhammed International Airport, Lagos and convicted in 2017.

Source said the socialite was only allowed to go home to get some documents.