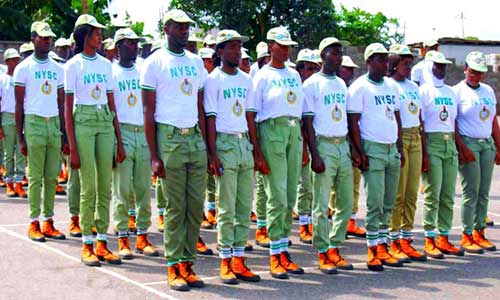 THE National Youth Service Corps has said it suspended the accounts of corps members belonging to the some 2021 Batch A, Streams 1 and 2, who sought redeployment from the original states they were posted to.

The Deputy Director of Press and Publicity, NYSC, Emeka Mgbemena, in an interview on Tuesday accused the affected corps members of engaging in fraudulent redeployment processes which led to the suspension of their accounts.

He said, “Some of the redeployments were done fraudulently. They did not follow the normal process.”

Some of the affected corps members told The PUNCH, Not TheNigeriaLawyer that besides cancelling the redeployment, the NYSC authorities also suspended their accounts and stopped their monthly allowance.

Okikiola Lawal, a 2021 Batch A Stream 2 corps member told our correspondent on the telephone that he was initially posted to Zamfara State but he sought redeployment to Lagos State.

He said, “I applied for my redeployment after the camp and it was approved. I had already travelled to Lagos when I heard that NYSC had started cancelling the redeployment.

“My redeployment request was cancelled on Wednesday and on Friday, my account was suspended.”

Also, Niyi Ajayi, a 2021 Batch A Stream 1 corps member posted to Nasarawa State said he initially applied for redeployment on health grounds with medical certificate attached, and it was not approved.

“While in camp, we were told that we can redeploy after three months. So, I applied for redeployment via my dashboard on insecurity ground; it was approved.

“I was preparing for documentation when a friend called me that I should check my dashboard, that relocation on health ground and insecurity was being cancelled.

“I don’t know what to do because NYSC didn’t give us any reason why it was cancelled.”

Another corps member, who identified herself simply as Jenifer, said she sought redeployment from Imo State which experienced security challenges recently.

She said, “Before the end of the orientation, I applied online to relocate to Lagos on the grounds of insecurity. I was redeployed to Lagos only for the relocation to be reversed and my account suspended.

“I am willing to serve my country but I am not willing to risk my life in order to do so.”

Responding, Mgbemena said, “About their allowances, you know how these things work, once you don’t do your clearance, you won’t be paid. No one suspended their allowances.

“As regards their NYSC accounts, they may have to go back to their original state of deployments for rectification.”