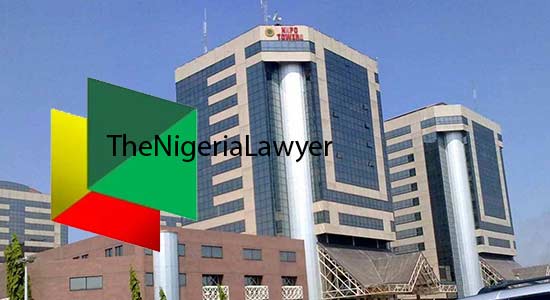 The Nigerian National Petroleum Company Limited (NNPCL) has offered workers willing to exit the firm before their due retirement a “tempting” package to facilitate their leaving the company, THISDAY learnt yesterday.

It was gathered that as many as 500 employees may be affected by the initiative, with many workers having already accepted the offer.

Contrary to rumours that the workers were up for termination of contracts, it was learnt that many of the employees have now received emails offering them a chance to have a dignified exit.

Among those who will be most impacted, THISDAY understood, are those who have been officially confirmed infirm or unable to carry out their functions effectively.

The NNPC limited was officially unveiled by President Muhammadu Buhari last Tuesday and is now expected to operate like every profit oriented company.

On the sidelines of the event, the Group Chief Executive Officer of the company, Mallam Mele Kyari, had assured that none of the 7,000 workers will be sacked, stating that the Petroleum Industry Act (PIA) did not even prescribe such a measure.

“We do not have a bloated workforce. Today, the company’s workers population is just 7000. I believe with the expansion we have a line of sight, we are going to hire more people to work for us.

“The law has also provided that no one is going to leave this company. Everybody’s work is preserved. Their benefits are preserved. So, no matter for concern for the workers of this company.

“What being slimmer and smarter means is that we will change our organisational structure and orientation. We cannot do what we are doing today and expect to get a different result,” he stated.

However, it was learnt that some staff have been given a condition also to accept the content of the letter and get rewarded, but the issue was said to be causing some tension in the company.

In addition to those who are infirm, others who may also be affected are members of staff who are set to retire between now and 2024.

Apart from what has been described as a juicy package, those who are affected may also be entitled to 50 per cent payment of their salaries until the time they are naturally expected to serve out their tenure in the company.

But it was learnt that some of the management members of NNPC limited affected have kicked against it, especially some of the general managers and group general managers. “You may accept the package or reject it, but you are advised to take it,” an unconfirmed report quoted Kyari to have told the workers during a town hall meeting.

The affected officials , it was further stated, have up till the first week of August to decide to accept or reject the offer, but whichever decision they take may have certain consequences.

Business Standard reported that the NNPCL has already created a portal with points to click, one for acceptance of the severance exercise and the other for the rejection of the letter, with the online forum expected to close by the first week of August.

Nobody in the company was willing to confirm or refute the report, but a top source told THISDAY that it was not a sack , but an official offer.

“It’s not a sack. It’s an open offer for those that want to exit to go with a tempting package. Many of them have accepted it, especially those who may have issues performing their duties, including the sick,” an NNPCL source said.