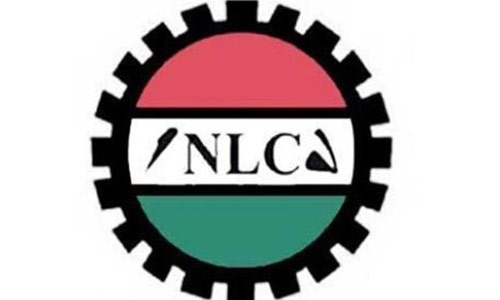 Nigeria Labour Congress NLC Committee on Bakassi and Oil Wells has concluded plans to approach the International Court of Justice ICJ to review the judgement that ceded a portion of Nigeria territory to the republic of Cameroon.

Chairman NLC (Cross River State branch), Committee on Bakassi/ 76 Oil Wells, Comrade Okon Etim,made the remarks during the committee’s visit on a fact finding mission to the palace of Paramount Ruler of Bakassi in Calabar yesterday.

Etim, averred that they were in the monarch’s palace to bring back the consciousness of the nation to the injustice done to Cross River state and the nation at large where a vast portion of the country’s territory was ceded to the Cameroon.

The NLC committee chairman stated that for this to be achieved, they needed to seek the consent of the monarch.

He said that there is no way that the committee can get to the immediate and remote causes of why Bakassi was ceded without listening to the monarch’s version of the story.

The labor leaders stated that although it is painful for an individual who had suffered loses in one way or the other adding that there is no way they can get to the root cause of why the territory was ceded without hearing from the Paramount Ruler.

“For this is to be achieved, we will start from the origin and root of the matter, and that is you”.

“It i s sad that we have come here to remind you of the pain and bitter experience which you went through.

“As concern citizens we intend to know what went wrong and possibility approach the International Court of Justice ICJ.

“We are here to let you that all hope is not lost. The NLC Committee chairman said.

In his remarks, Paramount Ruler of Bakassi LGA of Cross River State, His Royal Majesty, Etim Okon Edet, chastised former Gov. Donald Duke of the State and president Olusegun Obasanjo for their failure in the applications of the right strategies to prevent ceding of Bakassi to the Cameroon.

“I would be grateful if as a committee you do a holistic investigation, not only to oil wells but about the welfare of my people who suddenly destitutes in their own ancestral land.

“I think for now am worried about my subjects who now live like destitutes. Am worried about their welfare and security. I am yet to know how they are faring.

“As a leader am not happy at all because of the the pain and suffering of my kinsmen who now wallow in poverty as a result of being pursued from their ancestral land.

The monarch accused the NLC leadership wearing a lukewarm attitude when they needed to have join force with him to oppose the decision to cede the territory to the Cameroon stressing that unfortunately the labor leadership did nothing to salvage the situation.

The monarch wondered why the leadership of the labor Union suddenly became interested in a matter which he according to him is now a forgotten issue.

The asked the NLC leadership of if they were being sponsored by any individual in the state to raise the alarm on an issue that had been forgotten only to wake up from their sleep to make noise on the issue.

“Where were you people when i was crying loud to the world that I and my kinsmen were being deprived of our fathers land? And the world kept quiet only to make us total strangers in on our ancestral land?

“Find out what was done with the N500m and if Bakassi people were carried along with the money.

The monarch accused former Governor Duke of ill-advising former president Obasanjo not to set up the presidential re-settlement Committee which would look into the issue relocation, resettlement and rehabilitation of displaced people of Bakassi.

The Monarch said,”Donald said to OBJ, don’t set the presidential committee, for I am going to do the resettlement. And i told Obasanjo No! Stressing that the objection got Donald Duke infuriated and he was told to walk out of the said meeting.

“I was told to walk out of the meeting. Obasanjo said to me,your Governor is going to resettle you people.

He accused Mr. Donald Duke of dancing to the whimps and caprices of Obasanjo due to his over ambition to become the president of the Nigeria leading to Donald completely losing his sense of reasoning.

“He was so carried away by the ambition of becoming the president, that whatever OBJ tells said to him,he didn’t know how to counter it to the extent that he allowed his immediate community to be ceded”. The Bakassi monarch queried.

“Until they do resettlement, they do relocation properly of Bakassi people, they would never peace until the right thing is done”. The Paramount Ruler prayed.

The traditional ruler averred that if there is anything which is causing him headache, is welfare of his subjects who he alleged had become destitutes in their own fathers land.

“Does it mean that Bakassi is the only place in Nigeria that has been ceded? Why can’t federal Government do same as it did to people in Lake Chad,where victims were properly settled and taken care of with good buildings?”.