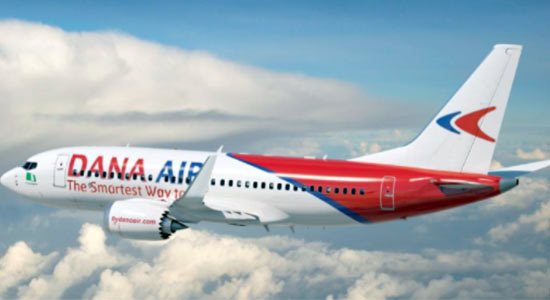 A Nigerian woman has cried out over the fee charged by Dana Air, a Nigerian airline, for wheelchair service to convey disabled or elderly passengers from the lobby to the plane.

She said she doesn’t understand why such policies should be in place in addition to the “exorbitant ticket fees paid”.

According to her, DANA Air seems to be the only airline that charges such as she has not encountered anything like that in any part of the world.

She narrated, “I was boarding a flight from Owerri to Abuja on Air Peace, I was already checked in. I was in the lounge when I saw the elderly man shaking. I was on the last seat at the back, so I got up for him to sit down.

I heard the conversation as they were asking him to pay for a wheelchair, so they could carry him with the wheelchair to the plane he would be boarding, so I immediately called the manager of Air Peace to know if they normally charge for a wheelchair and he said no. So, I asked the guy, he said it was Dana Air.

“We asked how much they charge for the wheelchair and they said N4, 500. The elderly man brought out N500 from his pocket, but the guy said it was N4, 500. I just understood that maybe the man did not have the money, I didn’t want them to embarrass him so I paid for him and asked if I could have the receipt, and they gave me. I asked the manager of DANA Air if they truly charge for the wheelchair and he said yes.”

The furious woman asked, “Who uses a wheelchair? The old, sick or disabled. How can they be collecting money for a wheelchair that is reusable? How much is a wheelchair? N20,000 plus perhaps.

“They would just use the wheelchair to take him to the airplane from the lobby. That’s all! Everybody sits back and blames President Muhammadu Buhari. How is this not a rip-off from vulnerable people?”

She said the situation ought not to be so because the passenger had already paid for the flight ticket.