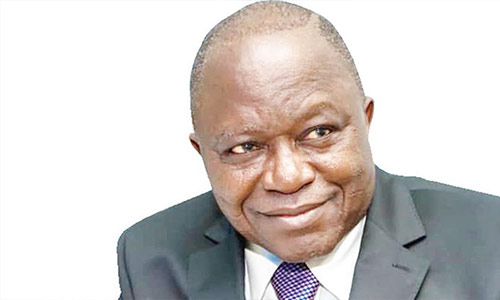 Chief Niyi Akintola, SAN has shared his thoughts on the issues surrounding the concluded NBA National Elections, including the communique of Egbe Amofin.

This is contained in an interview he granted with Lanre Adewole, Tribune online .

While reacting to whether Egbe Amofin will be exercising right to establish another Association, outside NBA, he stated thus:

“Certainly not. The conclusion was never a threat and it can never be. In the first place, to be a member of NBA is voluntary.

“It is a free association of lawyers called to the Bar in Nigeria but none can be compelled to be a member.

“Secondly, the constitution of the Federal Republic of Nigeria 1999 as amended, guarantees freedom of lawful association and freedom of assembly.

“Thirdly, law associations in the Western World, especially, the United Kingdom which happens to be our colonial master country, are not unified.

“We also have ANANS, another recognised body of chartered accountants and I understand that the registered bodies of architects are up to four. So, it is not strange if somewhere along the line, there emerges many more associations of Nigerian lawyers outside the NBA.

“There is nothing strange or illegal about such move but whether the climate within the Nigerian space is clear for that now is a matter of opinion and the Egbe Amofin, to the best of my knowledge, is yet to take a decision along that line.”

In addition, he stated that the number of disenfranchised voters in the concluded NBA election is sufficiently obvious and that INEC could never have made such a blunder.

Similarly, while responding to the need to accommodate the lapses associated with the e-voting being a recent initiative, he remarked:

“E-voting, being a new innovation, should be aboveboard and the essence of the creativity should be justified. For the third time running. It has failed. We first experimented it in 2016, it ended in litigation and again it was tried in 2018, it ended in multiple litigations and even criminal trial of some colleagues for cyber crime and now 2020, a mitigated disaster, the end of which no one can predict.”

In another development, he noted that having regards to the complaints put forth by Egbe Amofin, if same is not attended to, they would know the next line of action.

“As regards our possible position if the complaints of Egbe Amofin failed to get the required attention, all I can say for now is that, we shall cross the bridge when we get to the bank of the river.” He said.

Furthermore, while reacting to whether Chief Awomolo’s letter had any impact on the process, he noted that the Egbe’s complaints are on the electoral process.

“I wouldn’t know what impact, if any, Chief Awomolo’s letter had on the election. Our complaints addressed the process of the election and not the outcome and the contestants.”

Reacting to why judiciary has not been involved since constitutional infractions were noticed by a participant, he remarked:

“Well, I wouldn’t know why none of the participants in the election fought shy of involving judiciary even though, as rightly pointed out by you, practically all of them faulted the processes leading to the election.”