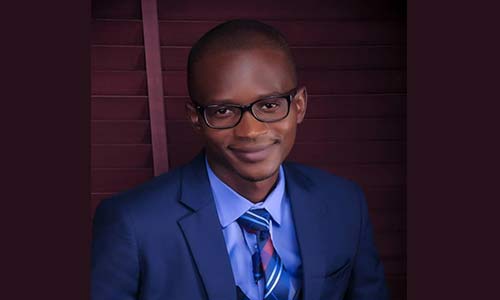 If you are a young lawyer practicing in Nigeria, you will agree with me that our salaries are very poor. Except you are fortunate to be employed by some of the big firms in major cities like Lagos, Abuja or Port-Hacourt, It is not uncommon to find lawyers earning as low as N20,000 monthly. In fact recently, Twitter was agog with young lawyers sharing bitter experiences about poor remuneration.

I am also sure that if we carry out a comparison with other industries, the Legal industry will earn very low points for remuneration and welfare of younger practitioners. To this end, many lawyers have canvassed for a minimum wage for lawyers and this debate has been ongoing for years. While many are strongly in support, others believe all fingers are not equal and as such you cannot compel lawyers to pay a wage the law firm cannot afford to pay, others say the fact that young lawyers can also jump right into private practice immediately after Law School which is not the case in other jurisdictions is a form of compensation.

Truth be told, both sides have a good argument, while salaries are low, forcing lawyers to pay a minimum wage may as well increase the number of unemployed lawyers in the labour market. Also it is no secret that some practice areas can be more lucrative than others. For instance, commercial, Oil & Gas and property law can be argued to be more lucrative than litigation in most cases.

As we approach another cycle of elections, all aspirants to the office of the NBA President agree that the welfare of young lawyers is of paramount importance and young lawyers are certainly not failing to inquire about the plans of these Aspirants for young lawyers. In comparison, some lawyers have even begun to compare how much salaries the Aspirants pay their staff as the yardstick for picking a candidate to support.

If I must say this yardstick has failed us in the past, as I recall this point has been used as a yardstick in previous elections but none of the past winners has ever changed the salaries of young lawyers. In truth, this is because the NBA President will not pay the salaries of all lawyers in Nigeria. So as young lawyers we must be wary of such sweet promises that will once more go unfulfilled and this is why I want to stake my bet on a candidate that not only talks the talk but walks their talk.

This Aspirant, I believe other young lawyers can also count on. Sometime in 2002, a successful motion was raised before the NBA NEC for a minimum wage for lawyers. Dele Adesina SAN, one of the current aspirants for the office of NBA President was instrumental to that decision as the then General Secretary of the NBA. Till date, no other administration has improved on the little achievement of that administration.
Unlike other Aspirants who are making promises, Dele Adesina SAN has actually been successful in ensuring a minimum wage for generality of lawyers in Nigeria, and I am sure he can do it again. This is why I want all young lawyers to rally around his candidacy, he has the best interest of young lawyers at heart and we can trust him.

I call on my fellow young lawyers to rally round a man with proven capacity, invaluable experience and great vision. Join me in supporting Dele Adesina SAN.