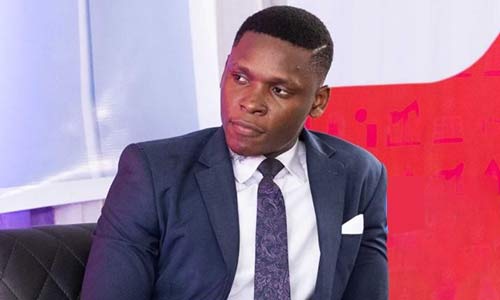 Exactly one week today, a letter addressed by Chief Adegboyega Awomolo, SAN to members of the Body of Senior Advocates of Nigeria (BOSAN) outrightly requested the Senior Advocates across Nigeria to ensure that they do not “surrender leadership to the Outer Bar” in the upcoming NBA national elections.

He went further to say how the Bar should always been led by SANs and should not be led by anyone who is not a SAN as long as there are SANs in the race. In the very divisive letter, Awomolo expressed fear at the “powerful and potent revolutionary move by junior colleagues” to “wrestle the office of the NBA from the rank of SAN”. He referred to such occurrence as “unfortunate”.

As if that was not enough, Awomolo referred to all non-Silks, regardless of their length of years at the Bar as “junior colleagues”.

Awomolos’ letter, which was expected to stay within the rank and file of Senior Advocates, inevitably leaked to lawyers and non-lawyers everywhere, and resulted in an uproar on social media. Various reactions trailed the Chief’s discriminatory and divisive remarks- young lawyers, senior lawyers and interestingly, Silks, rallied behind Olumide Akpata (the frontline Presidential candidate whom many now know the letter was targeted at), openly expressing their support for him and condemning the ill-willed letter from the Senior Advocate. The overwhelming support for Akpata did in fact put his name at the top of Twitter’s trend list for Nigerian trends twice in one week.

There is no doubt that this is the most fiercely contested election in the NBA in recent times, and unsurprisingly so, because a man – Olumide Akpata- has decided to challenge the status quo and run for President of the NBA as a non-SAN. While this has been attempted in the past, no non-Silk in the recent past has made it beyond the provisional clearance stage by the Electoral Committee. Typically, the provisional clearance was the hurdle with which the system sieved them out, and upheld “tradition”. In a fine turn of events though, this time around Olumide Akpata scaled the hurdle, and as such presents a significant threat to opposition parties, as Chief Awomolo had very well pointed out in his treatise. Akpata brings to the table a paradigm shift that the existing establishments do not want to bend to, however good it may be for the larger Association. Akpata has seen the workings of the NBA firsthand and has come with his workman’s box and a peculiar adeptness at handling his tools, and Awomolo and his ilk are afraid that the status quo might fall off like old screws when Akpata starts working. Nothing more than that drove the Silk to pen this antagonistic letter.

In a riveting turn of events, the letter that was meant to sway some away from the only candidate bent on bringing transformational leadership, swayed many towards him- and hardly out of mere sentiments, as many then began to take a look at Akpata’s agenda and track record, and others who had silently hoped to go to the polls and vote Akpata, threw restraint to the wind and openly endorsed him. Some of them include Ayo Sogunro, popular Nigerian author, essayist and human rights lawyer, who said “For a non-SAN, Olumide Akpata has way more passion for the NBA than I have seen in many traditional senior lawyers”. Audu Maikori, foremost entertainment lawyer and President of Chocolate City had equally chipped in “Olumide Akpata’s candidacy must be seen for what it truly represents, a departure from the old way of doing things and a heartwarming move towards a unifying future.” He did not mince words also when he added “I don’t think that there is a better person to ensure transformational change at this time, than the Able, Knowledgeable, Proficient, Affable, Tenacious and Amiable Olumide Akpata.”

In a close follow-up, ex-CBN Deputy Governor and former Nigerian Presidential candidate, Prof. Kingsley Moghalu in a tweet said “The Nigerian Bar Association is critical to the rule of law in Nigeria. I endorse Olumide Akpata’s candidacy to be the next NBA President. Olumide is competent and deeply committed to the NBA. He served with high impact as Chair of its Business Law Section. BARman. BARrister!”

Lawyer and policy expert, Dr. Joe Abah, too was unequivocal when he tweeted “I wish my brother and friend Olumide Akpata the best of luck in the forthcoming NBA elections. He is currently the only person that will make me register with the NBA after being called to the Bar 34 years ago.”

From the outlay, it is clear that the thrust of Olu’s campaign which is “Making the Bar Work for All” is not mere rhetoric. He indeed brings all to the table- young, old, silk, non-silk, corporate lawyer, litigation lawyer, Bencher, and even those who influence policy outside the Bar on a national scale. If this and a Bar that works for all is not what we need at this time in the NBA, I wonder what is.

That Akpata presents a force in the run for presidency this time around is a standing fact. That he looms large over all the other candidates is also impossible to contest. For this reason, the opposition camps have sought to indict Akpata on various flimsy notes, even spinning feeble propaganda that he pays people to drum support for him. If they can take their time to closely observe, however, what they will see is an assemblage of lawyers of who are tired of the status quo of the NBA and have identified someone with a verifiable track record of committing to, working for and transforming the NBA- and who are on that basis doing every legitimate thing in their power to see him lead at the national level. This is what ignites and fans the embers of “Akpatalians” as they are wont to refer to themselves. This is the spirit of Akpata’s candidacy. It is equally it is what troubles the other camps- this fervent, organic devotion.

Yet, we cannot fight an agenda whose time has come. The organic nature of the support for Akpata’s candidacy is inspiring, something all and sundry should study, perhaps write about- and definitely embrace.