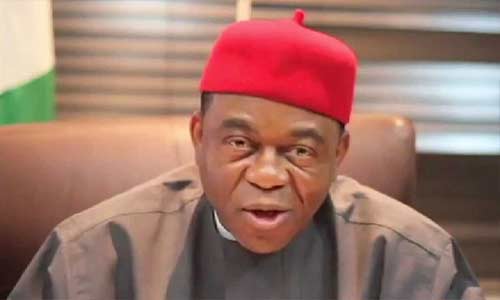 A socio-cultural group, Abians for Equity, has asked the Economic and Financial Crimes Commission, EFCC, to show serious commitment, on the investigation and prosecution of former governor of Abia State, T.A Orji and his son Chinedu Orji over the alleged looting of the state treasury to the tune of N150 billion.

The group in a statement signed by its president, Mazi Okezie Egwuatu reminded EFCC that on many occasion, it was reported that T.A Orji family was being investigated by the agency, but that nothing is usually heard after the said reports, fueling suspicion that the family appears to be above the law.

The group lamented how the reign of T.A.Orji and his son for the past thirteen years have kept Abia in misery, squalor, poverty and pity. According to them, a visit to any of the cities in Abia especially Aba and Umuahia the State capital will convince anyone that Abia remains the only state that is raped beyond measure with impunity by the said family.

The group advised EFCC to tidy up their documentary and other evidences against the Orji family and ensure that the family has their day in court as justice delayed is justice denied.

According to the group, “If Orji Uzor Kalu, the former governor of Abia who actually brought T.A. Orji into political relevance could be in jail for stealing about 7billion Naira, there is no reason T.A Orji and his son Chinedu Orji should not be made to offer explanation for the several billions of naira they had misappropriated while ruining Abia for the past 13 years.

“Abians will believe that the corruption fight of this regime is real if the EFCC will hasten the investigation of the T.A.Orji family and bring them before the judiciary to explain how and why they looted the funds that should have been used to change the pitiable condition of Abia State. Abians are waiting and watching.”