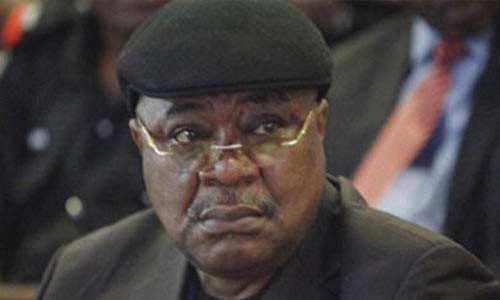 Eleven years after legal battle, former Oyo Governor Adebayo Alao-Akala was on Thursday discharged and acquitted of corruption cases by a Court of Appeal sitting in Ibadan, the Oyo state capital.

The case, which bothers on N11.5billion, was levelled against the Ex-governor by the Economic and Financial Crimes Commission (EFCC).

The second defendant/appellant, Agboola, served as Commissioner for Local Government and Chieftaincy Matters when Alao-Akala was Governor between 2007 and 2011 while Babalola, owns an engineering firm, Pentagon Engineering Services, that executed some contracts during the former Governor’s tenure.

The case, which started 11 years ago, was presided over by a three-man panel led by Justice Jimi Olukayode Bada.

Justices Abba Muhammed and Abdulazeez Waziri were other members of the panel.

The three defendants/appellants were present in court during Thursday’s proceeding.

Alao-Akala, Ayoola and Babalola, had been arraigned by EFCC before an Oyo State High Court, over an alleged N11.5 billion fraud.

The 11 count-charge preferred against the trio include conspiracy, awarding contract without budgetary provision, obtaining by false pretence, acquiring property with money derived from illegal act and concealing the ownership of such property, among others.

Counsel to EFCC, Dr. Benedict Ubi, had told the lower court that when Alao-Akala was Governor, he awarded a road contract worth N8.5 billion between 2007 and 2009 to Pentagon Engineering Services, alleging that the firm handled the contract on behalf of the 33 local government areas without budgetary provision.

Alao-Akala, according to Ubi, ordered the supply of drilling machines on behalf of the 33 local government areas worth N3.5 billion, saying the former Governor purportedly conspired with Ayoola to withdraw N2.9 billion from Oyo State Local Government Joint Account.

Ubi also told the court that Alao-Akala illegally acquired a property at Old Bodija, Off Rotimi Williams Avenue, in Ibadan, when he was governor, saying the alleged offences contravened Section 22 (4) of the Corrupt Practices and Other Related Offences Act and Section 1 (18) of the Advanced Fee Fraud Act.

But Alao-Akala, Agboola and Babalola, filed a no-case submission after the EFCC closed its case before the high court.

However, the trial court, presided over by Justice Muniru Owolabi, struck out eight out of the 11 count-charge againsst the trio. He then ordered them to enter defence for the remaining three counts- counts 1, 2 and 5 (conspiracy, obtaining money by false pretence and award of contract without budgetary provision).

Owolabi discharged the former governor on charges of acquiring property with money allegedly derived from an illegal act and concealing ownership of such property. The judge said the witnesses called by the prosecutor failed to link evidence to the acquired property, adding that EFCC also failed to prove genuine ownership of the property.

But the defendants, through their lead counsel, Prince Lateef Fagbemi (SAN), appealed the ruling of the lower court that said they had a case to answer.

Delivering judgement on the appeal on Thursday, the judges in a unanimous decision set aside the ruling of the lower court, on grounds that the trial court erred by ordering the defendants to enter defence for the three counts because the prosecution led by the EFCC failed to establish a prima facie case against them.

Justice Bada read the judgement for Alao-Akala while Justices Abba Muhammed and Abdulazeez Waziri read the judgments for Babalola and Agboola respectively.

Speaking with journalists after the judgement, the lead counsel to Alao-Akala and Babalola, Prince Lateef Fagbemi (SAN), represented by Abiodun Ogunjinmi, said: “We really appreciate and thank God Almighty for giving us a beautiful judgement today. The justices did a marvellous job. This case started in 2012, which was about 11 years ago. It came to an end today.

“It first started at the high court of justice in Ibadan. But thanks be to God that it ended well. The appellant, Alao-Akala and Babalola were all discharged and acquitted finally.”

Alao-Akala said: “We can always rely on the judiciary. They are the hope for the common man like me. So, we thank God for everything. God has settled everything, and so, let us forget about the number of years the case took.”

Babalola said: “The judiciary is the last hope of a common man like me. I thank God for today’s judgement and I give all the glory to God, irrespective of the number of years spent on the case.”