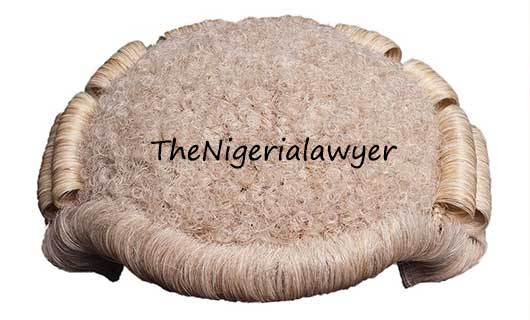 A Lagos Chief Magistrates’ Court sitting at Surulere yesterday renewed the bail condition of a lawyer, Moses John Jackson who is standing trial in a N1.4m alleged theft charge brought against him by the State Criminal Investigation Department (SCID) on behalf of an 80-year-old journalist, Segun Adenuga.

Under the new condition, Chief Magistrate Phillip Ojo granted Jackson bail in the sum of N500,000 and two sureties each in like sum.

Chief Magistrate Ojo said one of the sureties must be his wife, a Grade Level 14 Matron in the Lagos State Ministry of Health who must produce proof of her employment in state civil service in the last three months while the other surety was his lead counsel, Oladele Ajayi who was ordered to give a written undertaking to produce the defendant on every adjourned date until matter is disposed by the court.

The lawyer was first arraigned before the court by the SCID and granted bail on November 23, 2018. Thereafter, he jumped bail until he was re-arrested eight days ago by the Police from Zone 2, Onikan Lagos sequel to a fresh bench warrant issued against him by Chief Magistrate Ojo on March 22.

During resumed proceedings yesterday, Oladele Ajayi, leading Cletus Udoh and Alfred Idowu pleaded with the court to temper justice with mercy on behalf of the defendant.

Ajayi said Jackson did not deliberately abstain from hearings dates but ascribed the development to the outbreak of COVID-19 pandemic which disrupted a lot activities and court sittings.

He pleaded with the court to allow the defendant to continue to enjoy the earlier bail conditions granted him.

The prosecution, Woman Inspector Anthonia Osayande, did not object to the request consequent upon which the court granted the oral bail request of the defendant.

Jackson is facing a two-count charge of obtaining by false pretence and stealing from an 80-year-old journalist, Segun Adenuga.

Assistant Superintendent of Police (ASP) Raman Inuegbe had told the court that Jackson committed the offence between 2002 and December 9, 2009 at No 19, Ramonu Street, Ikate, Surulere, Lagos.

Inuegbe alleged that the lawyer, with intent to defraud, obtained from Segun Adenuga, the sum of N1.4m under the pretence that he would procure a letter of administration for the sale of his late mother’s property, a representation you knew to be false.”

The court also heard that “on the same date, time and place, Jackson did steal the sum of N1.4m property of Segun Adenuga.”