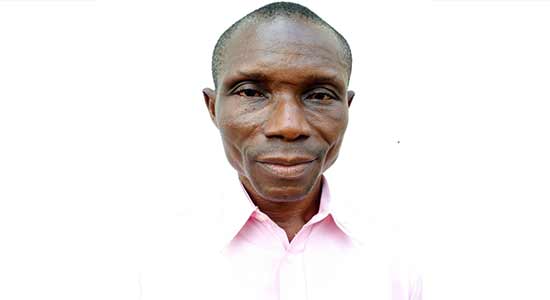 There is no doubt that our dear country Nigeria is at a critical junction of her life as an entity, her chequered history has hardly been more precarious, virtually all institutions of state have broken and collapsed, the last hope of the common man – the justice system, the security architecture, the judiciary and those who fight and advocate for justice – the bench and Bar the last bastions of civil liberties and protection from tyranny have also now been infected with the deadly potentially fatal virus, it appears to be all over now that within the space of a couple of days, the country was subjected to the traumatizing spectacle of the preeminent lawyer in the country behaving a manner most unworthy of even a motor park chairman and a funny spectacle of an honorable Chief Judge wielding the sledgehammer in very suspect circumstances suspected to be designed to cow an innocent minister in the temple of justice from carrying out his sacred obligations, there is also the equally important case of a magistrate chased out of a police station by an officer, and his crimes? Just on a routine official duties in compliance with the administration of criminal justice law! If you are not terrified by the portents, well I envy you because I’m mortified.

Let’s start with the big one, the preeminent lawyer in the land openly solicited and advertised his services and even egregiously attempted to poach the client of a fellow lawyer, tacitly painting his colleague as incapable of mustering the network and connections required for such species of cases, all sorts of shameful and shameless underhand dealings were promised the most revealing of which is that the Bench isn’t actually enamoured with the jurisprudence as they are malleable to influence, believe me I’d never heard such an open rape of the soul of justice, folks what determines the judgments of our courts are influence and having the necessary network of connections to the topmost echelons of the Bench, according to our preeminent lawyer, can you beat that?

As if bad isn’t bad enough, when demanded to step aside to allow for unbiased and objective investigation, the man who ought have been an exemplar of virtues and honour bellowed and remonstrated that a little brat who calls himself the NBA president for his audacity to have written such letter to him when he the super lawyer was called to the Bar before he was born! You just can’t beat that, or can you? Our superior and preeminent lawyer must remain in office while the embarrassing allegations leveled against him is investigated, wonders shall never end, I wonder what example our preeminent lawyer is showing to his juniors.

Still on impunity and unethical use of power, the honourable chief judge of Akwa Ibom state further muddied the waters when she transmogrified into a triumvirate monster of complainant, prosecution, judge and jury against an unarmed lawyer, he’s been remanded in prison custody for one full month for contempt by the honourable chief judge, but does the procedure adopted by the Chief Judge in remanding counsel faultless when held close to the candle? I do not think so.

It’s my humble but firm opinion that before the liberties guaranteed a citizen by the constitution is denied him, due processes of law must be followed even if the principalities and powers were the complainants! Now I don’t know even though I doubt that a young lawyer of Mr Inibehe Effiong’s age at the Bar no matter his swag according to my little boy could dare bully the court, and now it’s only the honourable chief judge’s words against his, something that footages from Closed-Circuit Television (CCTV) cameras installed in courtrooms and all public places would have laid to rest in hours, if we were not a funny society. Only few lawyers would muster the courage to say actually what happened if that would be unflattering of the honourable the Chief Judge, public policy these days appears to be protective of the elite than the public, how dare you embarrass the almighty CJ? All right then Mr Inibehe Effiong was alleged to have contemptuously treated the court, if proven, then counsel deserves the hardest possible sanctions, he’s unworthy of being a lawyer who treats the court with contempt, but should he be charged, prosecuted, convicted and sentenced without hearing by the same judge who alleges contempt against him? I seriously doubt if that’s the law.

I should think that no matter the circumstances or who the complainant or defendant is, the rules of natural justice must always undergird judicial decisions which affects the rights and liberties of citizens, being the complainant, the prosecution and the judge all rolled into one runs counter to everything taught at the law school. And please forget the revisionists, why bring in armed men other than the regular court orderlies and court duty police officers against an unarmed lawyer, if not to create an intense and uncomfortable atmosphere? And please which law states that citizens – journalists of all classes of citizens must seek and obtain the leave of court before recording court proceedings with any devices of their choice? Except a court has any reasons to conduct it’s proceedings in camera upon justifiable reasons being given all court proceedings must be open to the public, and the public are entitled to record court proceedings, it’s not a meeting of a political party or religious organization, it’s the forum where rights of citizens are determined and abused or protected and the public must have untrammeled access to the records of court and may record same by any devices of their choice! Flowing from the above, I have severally called for magistrates and judicial officers not to be public officials responsible for the recording of court proceedings, in former times it was trained stenographers, I don’t understand why judges and magistrates should still be the ones recording court proceedings even in this age of science and technology, no, they shouldn’t their job is that of an umpires or moderators – we’re indeed a wonderful society!

To seal the rape and violation of justice in the market square, a magistrate before whom even the commissioner of police should tremble and quake if he dares detain a citizen in a manner not approved by law, went on a routine prison and custodial centre visit, only to be chased away by the rank and file on the orders of an almighty officer in charge, what more eloquent testimonies to the fact that it’s probably all over when the bastions and bulwarks against impunity are the very perpetrators and purveyors of egregious bastardization of due process and raw display of power and impunity?

Justice was raped in the market square when the preeminent lawyer didn’t walk the talk nor showing himself capable of knowing the deleterious effects his insistence to remain in office is having on the legal profession, his Lordship probably took a cue from that to wield the sledgehammer in questionable circumstances, the police refused to be left behind in the marathon romp in the market square where justice was raped.

That was how justice was murdered in the village square on a broken Bench and Collapsed Bar and with the tacit approval of the security architecture.