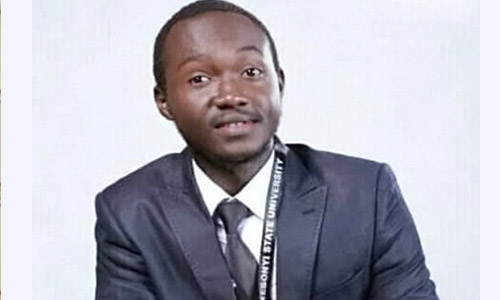 I concede to 3 things:

I stumbled into a piece which unveiled that the General Court of the European Union gave a judgement in favour of Messi over what clearly was a long legal sojourn in search of a destination between Lionel Andrés Messi Cuccittini (hereinafter referred to as Messi) and the owner of another sports apparel brand: Mr Jaime Masferrer Coma, for Massi (hereinafter referred to as Massi).

With the zeal of a fanatic, I read the facts of the case; they read:

In November 2011, Mr Jaime Masferrer Coma filed a notice of opposition to the registration of Mr Messi’s trade mark claiming a likelihood of confusion with the ‘MASSI’ EU word marks registered, inter alia, for clothing, shoes, bicycle helmets, protective clothing and gloves (the rights to those marks were transferred in May 2012 to the company JM-EV e hijos). In 2013 EUIPO upheld the opposition. Mr Messi lodged an appeal before EUIPO against that decision. In April 2014 EUIPO dismissed the appeal. In essence, EUIPO concluded that there is a likelihood of confusion between the marks. It took the view that the marks at issue are similar because their dominant elements, consisting of the terms ‘MASSI’ and ‘MESSI’, are almost identical visually and phonetically and that a possible conceptual differentiation will be made, where appropriate, only by part of the relevant public.”

Unsatisfied with EUIPO’s decision, Messi brought an appeal before the General Court to have that decision annulled.

The EU General Court held, that Messi being one of the most famous athletes in the world could use his name and logo in the European Union. Reasoning further, the court pointed out that the football player’s fame counteracts the visual and phonetic similarities between his trademark and the trademark ‘MASSI’ belonging to a Spanish company.

To lay a solid foundation, the concept of Trademark needs to be understood.

“A mark used or proposed to be used in relation to goods for the purpose of indicating or so as to indicate a connection in the course of trade between the goods and some person having the right either as proprietor or as a registered user to use the mark, whether with or without any indication of identity of that person.”

In continuation, the Trademark Act defines a mark in section 67 (1) as including “a device, brand, heading, label, ticket, name, signature, word, letter, numeral, or any combination thereof.”

On the meaning of distinctiveness, the court has held in FERODO LIMITED & ANOR. V. IBETO INDUSTRIES LIMITED (2004) LPELR-SC.95/1999, that: “An essential element of a device claimed to be a trademark is that it identifies the goods of a particular merchant and distinguishes them from the goods of others. A word, symbol, shape or colour serving this purpose is said to be distinctive. Certain marks are inherently distinctive while others only acquire distinctiveness over time. A distinctive mark may lose its distinctiveness overtime and become generic.”

The court further explained the place of distinctiveness in the case supra, thus: “In the law of trademarks, the element of distinctiveness comes before that of passing-off in the way the number 1 comes before the number 2. In other words, the plaintiff must first prove to the satisfaction of the court that the trademark has a distinctive character or nature, before he can prove the movement of the trademark of the defendant in business circles by way of passing-off.”

Adding more flavour, the protection of trademark has a moral, social and an economic basis. By virtue of Article 27 (2) of the United Nations Universal Declaration of Human rights, the law is that “everyone has the right to the protection of the moral and material interest resulting from any scientific, literary or artistic production of which he is the author.”

In fact, the necessity for the protection of a trademark cannot be undermined, this is because it benefits the society in the following vital ways:

On the strength of section 49 of the Trademarks Act, in all legal proceedings, the fact that a person is registered as proprietor of the trademark shall be prima facie evidence of the validity of original trade. See VIRGIN ENTERPRISES LTD v. RICHDAY BEVERAGES NIG. LTD (2009) LPELR-CA/L/550/05. Also, an acceptance letter can serve as sufficient proof of the registration of a trademark. See D & S TRADING CO. LTD v. REMIA C. V. & ANOR (2019) LPELR-CA/L/925/2016.

Importantly, in determining what must be considered in deciding whether two marks are confusingly similar, the principle laid in the case of HOLDENT INTERNATIONAL LTD v. PETERSVILIE NIGERIA LTD (2013) LPELR-CA/L/858/11, per IKYEGH, J.C.A. is very instructive, its lines run thus: “Finally in Ferodo Ltd. (supra) on pages 374-375 it was held inter alia on pages 374-375 that- “In the exercise of comparison, it is wrong to take trade the two marks side by side to determine whether they are identical or some close resemblance exists within the provision of section 13 of the Act. The issue is whether the person who sees or has seen the proposed trademark will confuse it with the existing trademark, as to create confusion and be deceived that the proposed trademark is the same as the existing one. In the Matter of Application for Registration of a TradeMark by Sandow Ltd. (1914) 31 RPC 196 of 205, Sargant, J., made the point: ‘The question is not whether if a person is looking at two trademarks side by side there would be a possibility of confusion; the question is whether the person who sees the proposed trademark in the absence of the other trademark, and in view only of his general recollection of what the nature of the other trade mark was, would be liable to be deceived and to think that the trademark before him is the same as the other, of which he has a general recollection.” One other way of conducting the exercise of comparison is by looking closely at the first syllable, being the word or part of the word which contains a vowel sound or a consonant acting as a vowel. For instance, there are two syllables in the word “win” and “dow”. The first syllables is much more important than any other one because the victim of the identical trademark wilt first come in contact with the first syllable and take it as authentic or ‘golden’. In my considered view, a person of average intelligence seeing and/or hearing the sound of the words “Mana Liquid Soap” cannot confuse them with the appellant’s trademark of “Mamalemon” be calculated to deceive him that he is buying or patronising one and the same Mamalemon product.”

I will answer 3 questions:

I answer in the negative. As long as the public might be confused and believe that the goods of a particular enterprise looks similar with that of another, it is sufficient proof. See Niger Chemists v. Nigeria Chemist (1961) 1 All NLR 171. In this instance, Messi’s brand is an attempt to deceive the public.

I answer in the negative. This is because the major yardstick is as to whether or not members of the public will find it confusing to distinguish the brand of an enterprise from another.

Furthermore, in the case of VIRGIN ENTERPRISES LTD v. RICHDAY BEVERAGES NIG. LTD. (2009) LPELR-CA/L/550/05, held: “Once a proprietor of Trademark raises infringement the two conditions to satisfy are in the alternative. It is either the mark is identical or the resemblance can cause confusion, where both exist it is still infringement. However it is not mandatory that both conditions will exist to constitute infringement.

iii. Should the concept of fame and the conceptual differences between ‘Messi’ and ‘Massi’ be taken with a pinch of salt?

I answer in the negative.

In my book, the place of fame towers in determining trademark cases. This is because it quenches the idea of confusion or misleading of the public. The quality and standard of fame paints a picture of a popular and distinct brand. Although, Massi and Messi have both visual and phonetic similarities, the place of fame creates a differentiating line between the two names.

Moreover, I align myself with the position of the General Court of the European Union on the ground that “even if the signs at issue are similar overall, the conceptual differences between them are such as to counteract the visual and phonetic similarities identified.

Indeed, the Court considers that a significant part of the relevant public will associate the term ‘Messi’ with the name of the famous football player and will, therefore, perceive the term ‘Massi’ as being conceptually different. The degree of similarity between the marks is not sufficiently high to accept that the relevant public may believe that the goods at issue come from the same undertaking or, as the case may be, from economically-linked undertakings.”

The logo belonging to Messi and Massi can be distinguished. To my mind, no two brands can be equally famous in all substance. It is either one brand has or gains more recognition over another, or vice versa; or nothing else.

This article was written by Prince I. Ubochi, a current Entertainment Law Virtual Intern at Goldwhisk Consult.