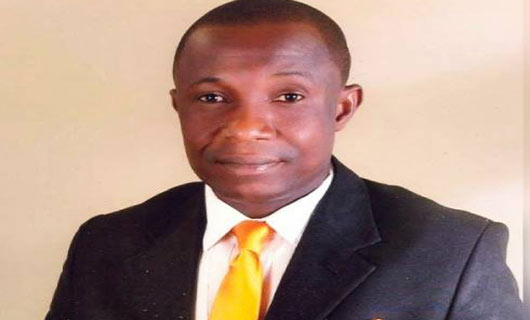 President Muhammadu Buhari’s government retorted recklessly to the Spiritual Director of Adoration Ministry, Rev Fr. Ejike Mbaka through a press statement issued by Garba Shehu, Senior Special Assistant to the President (Media and Publicity) a moment ago. Such a rejoinder when the nation is under a siege with bloods of innocent citizens being wasted on daily basis across the states, and sadly with impunity leaves much to be desired of a government. By the progression of crimes, it suggests some key persons around the government have interests in the calamities.

Mbaka, a hitherto supporter of Buhari right from campaign for the first term, but recently embittered over the state of the nation, openly expressed his disappointment and demanded for his resignation or impeachment by the National Assembly. Unfortunately, the Presidency went out of control linking his disappointment to contracts deals he solicited unsuccessfully as a reward for his support. Honestly, the stinker from the hallowed office of the President against a clarion call for the government to sit up and face its responsibilities diligently is to say the least, a bunkum. The presidency goofed.

For emphasis, the Nigerian Constitution in Section 14(2)(b) makes welfare and security of the people the primary purpose of government. In other words, irrespective of the causes of hardship and chaos, peoples’ wellbeing and safety remain the benchmark to measure the success of any administration. There is no justification for the presidency to react the way it did considering that the clergy has selflessly supported the administration from the beginning. That alone attests to his interest in Buhari’s success.

By the way, what is wrong if the clergy introduced contractors to the government for patronage which is the pattern, not only in the country but beyond the shores of the country. Did the clergy ask presidency to move public funds to his account? It would have been a different ballgame if the clergy demanded for money for his supports and prayers. But it is not the case but introduction of some persons known to him for patronages. The duty to direct them to the appropriate quarters accordingly for laid down procedures lies with the presidency.

To call spade a spade, it is absurd that the presidency could create time, leaving the colossal crisis that have continued to waste innocent bloods on daily basis for media propagandas which will change nothing. The presidency should note that Mbaka made the call when things have obviously, extremely fallen apart, hence, it can’t be politicized to have risen from bias. Whether Mbaka solicited for contracts or not, the country is on fire. Nobody can pretend against it.

Without mincing words, Mbaka’s outbursts are logical. It is only sycophants will see the continuous horrible scenes across the federation and praise the leaders. It is also sad that despite uproars over appointment of all Service-chiefs from one region, it is ignored. As if not enough, a serving minister, Isa Pantami was discovered to have had interests in terrorist groups in the past, yet, he was defended and retained. Then, since the unbalanced appointments, criminal activities have become alarming including proliferation of guns in the region. Perhaps, crooks have confidence they will never be prosecuted for their crimes since their people head all sensitive positions.

The disaster is also a lesson for the northern leaders to see where they plunged the nation into due to greed, egocentricity and myopia. They pushed their youths into crimes to position them for Amnesty programme from government as granted Niger-Delta youths that have justifiable demands over their resources that feed the entire nation but left them in abject poverty. Then, after equipping them with deadly sophisticated weapons, they make money from kidnapping and banditry, while their leaders pose as negotiators for ransoms, and someone expects the vices to stop. Or the negotiators don’t get commissions from the deals? In fact, Mbaka should have also called for extreme restructuring for all regions to stand independently on account of double-standard prevailing in the polity. In one region, ransoms are paid to criminals; in another, criminals are gunned down in full force.

No doubt, Buhari’s administration has laid solid foundations with a robust template, if not some critical errors particularly selection of service-chiefs and almost all key appointments from one region. The template includes blocking leakages from the treasury which contributed to the first-stage hardships as free-money are largely blocked through the Single Treasury Account (TSA). Also, Ghana-must-go bags which used to be a popular factor at the National Assembly disappeared. Buhari also measured in agriculture as Nigerian rice dominate the market places, even though still on high cost. Of course, the administration also measured in infrastructural development.

The first-stage hardship was steered by the template as any policy the affects circulation of money may lead to hardship in the interim. Again, the administration should be cheered – for the first time in history, citizens under SME (Small-and-Medium Scale Enterprises) have been accessing loans from federal government without tips or the usual ‘man-no-man’ syndrome as practiced in advanced countries.

The Covid-19 pandemic that even shook strong economies of the world did the worst by compounding the hardships already in the society from policy reforms, as many lost jobs and countless businesses closed down after the lockdown due to lack of resources. Buhari should possibly seek external support as the crisis is going out of hands. People are hungry and suffering, and even farmers cannot freely go to their farms. In fact, the system requires radical actions now. This is the reason that as 2023 draws closer, it is germane to begin to think deeper about leadership of the country. The numerous crisis demands a leader with vast experiences on management to succeed President Buhari. There are credible personalities like Chukwuma Soludo, former CBN governor; Jim Ovia, Tony Elumelu, among others as power should wisely shift to the south.