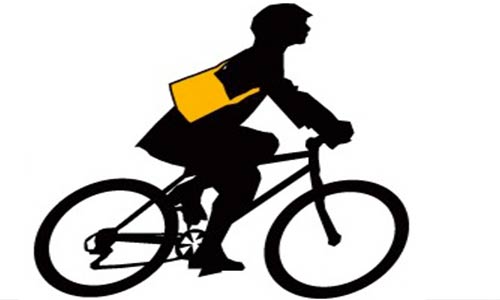 Bicycle is commonly used by the young and old rural dwellers, particularly in the Eastern part of Nigeria, for their daily mobility needs. The situation is however not the same in Lagos. This is due to obvious reasons of safety considerations arising from the potential dangers posed by other road users. It is observed that a very minute percentage of people living in Lagos uses bicycle, albeit in restricted areas, predominantly for health and fitness purposes.

Therefore, one can safely conclude that there is poor bicycle culture in Lagos State. This is highly inappropriate, considering the multifarious benefits derivable from the use of bicycle as a means of transportation. A few of these benefits will be identified and discussed below.

On 27th March, 2017, the Lagos State Government inaugurated Neighbourhood Safety Corp. In realization of the values and benefits of adopting bicycle as an effective means of transport, the government distributed 4,000 bicycles, among others, to the Corps to aid and facilitate their mobility. It is however strange that despite the numerous benefits as identified above, there is dearth of statutory and regulatory framework for the use of bicycle and for the protection of its users.

The extant Law regulating the road traffic system in Lagos State is the Road Traffic Law of Lagos State, 2012. The Law contains 43 sections and 4 Schedules dealing with Road Traffic Administration, safety regulations, vehicle inspection and connected purposes. It is interesting to note that the Law makes adequate provisions for the regulation of all means of transportation by road, except the use of bicycle.

One wonders why the Draftsmen deliberately excluded the word “bicycle” from the entire provisions of the Law. For avoidance of doubt, Section 41, the interpretation section defines the word “vehicle” as “carriages, wagons, carts, motor vehicles, motorcycles, tricycles, vans, lorries, trailers, hand carts, sledges, trucks, barrows, and all other machines for the carriage of goods or persons.” There is no express mention of, or reference to the word “bicycle” in that section.

What is more, Section 3 of the Law makes broad and clear provisions for the regulation, administration and control in respect of the use of motorcycles and tricycles. Section 3(1) states that no one shall ride, drive or propel a cart, wheelbarrow, motorcycle or tricycle on any of the routes specified in Schedule II to the law. In the same vein, Section 3(2) provides that no one shall operate a motorcycle or tricycle without a rider’s card issued by the Lagos State Motor Vehicle Administration Agency.

The law also provides in Section 3(3) that no person shall operate a motorcycle or tricycle either as a rider or as a passenger without wearing a standard protective crash helmet as prescribed under the Regulations to the Law. As prescribed under Section 3(5), the Law imposes punishment of three (3) years imprisonment or community service upon conviction, on any one who fails to comply with the provisions of the Law.

Let us imagine that bicycle is generally accepted and legally recognized as a means of transportation in Lagos State, with all the requisite statutory, regulatory and operational frameworks in place, including dedicated bicycle lanes to be carved out as in the case of Rapid Bus Transit System (BRT), to guarantee the safety and protection of its users. It is no gainsay that this will surely help in promoting healthy living and the much needed environmental sustainability within the Lagos Metropolis.

It is important to note that the Eleventh Sustainable Development Goals set by the United Nations is targeted at sustainable cities and communities. However, the salient question which begs for answer is-how can a city like Lagos be sustainable, when the automobiles plying its roads are constantly emitting harmful carbon monoxide gases?

There is no doubt that the manner in which the public roads network is designed, built and managed will have a significant effect on the utility and safety of cycling as a means of transport. For instance, Copenhagen currently ranks as the most bicycle-friendly city in the world. The uniform design of its cycle path networks commands huge infrastructural investment. The upshot of this is that an impressive 62% of its inhabitants ride their bicycles on a daily basis.

It is therefore recommended that the Government and inhabitants of Lagos City must take conscious steps towards reducing automobile dependency and embracing healthier living and lifestyle by institutionalizing and imbibing cycling culture as a viable alternative means of commuting. To achieve this feat, the extant Road Traffic Law of Lagos State must be amended to make adequate provision for the use of bicycle and for the protection of its users, under a safe system and environment.