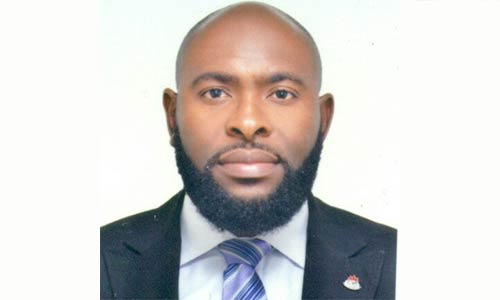 The New International Webster’s Comprehensive Dictionary defines Autonomy as the power or right of self-government.

The Black’s Law Dictionary defines it as, political independence…, the right (and condition) of power of self-government.

Section 7 of the 1999 Constitution (as amended) makes provision for the existence of Local Government with its duties and responsibilities set out in the Fourth Schedule of the Constitution.

It has been designed to be the third-tier of government with a presumed independence or autonomy but this has been achieved only on paper. The unfortunate reality is that, Local Governments in Nigeria have become mere administrative units of the states. They have been reduced to function as if they are Departments, Agencies, Parastatals or Ministries of the various state governments.

Therefore, the idea behind the creation and empowerment of the Local Government lies in the need to extract the governance of rural or grassroots areas from the distant governments at the state and federal levels. If a Local Government is administered from outside, it lacks the vitalising ability to be responsive to local needs and opinion.

There are however certain impediments to the autonomy of Local Governments in Nigeria and they include but not limited to the following:

The Constitution has provided mechanisms for an oversight of the Executive at the state level over the affairs of Local Government Councils, especially with regard to their finances. This has inadvertently taken away the independence or autonomy of Local Governments, even though from the provisions of the Constitution, it appears that the intention is to guarantee an even rural/grassroots development and to attach proper meaning to the real concept of third tier system with a view to causing government to reach the grassroots. Unfortunately, this has been grossly abused.

What are these oversight mechanisms?

These Constitutional and Legislative provisions have only succeded in ensuring a ravenous and banditory grip of the states on the finances of the Local Governments rather than ensuring an even and rapid development of rural/grassroots areas.

Another Constitutional impediment to the autonomy of Local Government can be found in Section 197(1) of the Constitution which has made provision for the establishment of state bodies. One of such state bodies is the State Independent Electoral Commission – Paragraphs 3 & 4 of Part II of the Third Schedule to the 1999 Constitution. This is the Commission charged with the responsibility of conducting elections into the various Local Government Councils in Nigeria. Each state of the Federation must have one established for this purpose.

The Chairman and members of this Commission are appointed by the state Governor. The common practice across all the states in Nigeria irrespective of geographical location is that, these appointments are made from the ruling party in each state. Therefore, there is nothing “independent”, from the mode of appointing members of this all important commission, to the elections they conduct.

Democratic principles are often, scarce commodities in the operations and conduct of these State Independent Electoral Commission. All the possible outcomes during the conduct of elections, especially election results are predetermined even before the casting of the first ballot – it’s more like acting out a written script.

The ruling party usually wins all the available council seats and it is often a case of selection of candidates rather than an election – whoever the Governor wants to be a Chairman becomes the Chairman, irrespective of qualification(s), competence or popularity. The only criteria for this “selection” is the proven loyalty (and staunch support) of that individual to the Governor.

Members of the opposition party(ies) in a state often challenge the credibility of these elections and sometimes even boycott them, leaving the ruling party candidates to be “elected” unopposed. These elections are sometimes characterised by voter apathy as most electorates have lost faith in the entire process.

A more dangerous and disheartening trend is that, some Governors during their tenure, in clear violation of constitutional provisions do not conduct Local Government elections but would rather prefer to recycle their loyalists, cronies, stooges and supporters by appointing them into what is called, “Caretaker Committes” to oversee the administration of Local Governments as Chairmen. These appointments undermine local democracy because the appointees are directly responsible and accountable only to the Governor rather than to the electorates. These infamous appointments are oftentimes for a period of six months to one year or more after which they are either re-appointed or replaced with other party loyalists.

There is inevitably, a total lack of Checks and Balances thereby facilitating corruption and impunity.

In most cases, the individuals appointed into these Caretaker Committes are “advised” not to embark on any capital projects but only concentrate on paying workers’ salaries; the state government usually holds the purse strings and only disburses funds to the Local Governments to cover their running costs despite clear constitutional provisions on the percentage of the Federation Account that must be allocated to this tier of government. The Local Governments are therefore prevented from carrying out the functions, duties and responsibilities constitutionally imposed on them.

A Local Government Chairman or Caretaker Committe Chairman may be aware of the deplorable state of infrastructure in his Local Government, for example, bad roads, lack of portable water, lack of electricity – which are the basic social amenities that make life easier for citizens but (since he is left with peanuts) he cannot do anything to address these challenges because the Local Government is not financially independent from the state. Where projects are to be executed, the Governors usually determine everything about such projects – the type of project, its location, the contractor(s), cost etc; the most an appointed or elected Local Government Chairman could do is to supervise these projects and give regular updates to whoever the Governor directs.

Even the revenue yielding functions of the Local Governments – such as levies and rates from motor parks, markets, stalls/shops etc have been encroached and taken over by some state governments thereby undermining their financial viability. For Local Government Councils to perform their constitutional duties, adequate financing is very essential; without it, the provision of social amenities, social services and infrastructure is impossible.

After circumventing the right of Local Government Councils to financial and political autonomy through the surreptitious annexure of Monthly Federal Allocations to Local Governments (with its resultant effect of grassroots underdevelopment), some Governors mischievously conduct Local Government elections few months to the expiration of their tenure thereby heating up the polity and in the process creating avoidable problems for their successors.

It is thus abundantly clear that, corruption and lack of democratic principles is at the root of all these infractions on the right of Local Governments to function independently as the third-tier of government.

The effect of this Guideline is that, from the 1st of June, 2019 the NFIU commenced a direct disbursement of monthly statutory allocation to Local Governments in a bid to ensure their autonomy.

The main objective of the NFIU Guidelines is to enthrone financial transparency at the Local Council level and to ensure adequate financing of developmental projects at the grassroots. It imposed a daily N500,000 (Five Hundred Thousand Naira) cash transaction limit on all the 774 Local Government Councils in Nigeria and also barred financial institutions, public officers and other critical stakeholders from tampering with Local Government Council statutory allocations.

This is a commendable step towards achieving Local Government autonomy but how far it would go to guarantee the much desired autonomy remains to be seen.

It is natural to expect some level of resistance to the implementation of the Guidelines especially from Governors, since Local Government allocations have become the “cash cow” for some Governors; and true to prediction, this turned out to be the case.

Governors considered the Guidelines a direct affront on them and have vehemently kicked against its implementation. Acting under the aegis of the Nigerian Governors Forum (NGF), Governors approached the President and through a letter dated May 15, 2019 complained that, the NFIU acted ultra vires its powers and showed total disregard to the provisions of the Constitution. Their argument was that, the NFIU Act 2018 did not give the NFIU the powers it tried to exercise under the Guidelines.

They further argued that, Local Governments are not financial institutions neither are they reporting entities but that they are creations of the Constitution. Therefore, the NFIU should concentrate on its core mandate.

It is worthy to note that, since the commencement of the NFIU Guidelines, nothing much has changed. The Joint Account Allocation Committe (JAAC) monthly meetings where the money allocated to Local Governments are “redistributed” to fund joint projects is still very much in place; and no new mechanism has been established, to ensure that there is transparency and accountability in order to curb graft, diversion and mismanagement at this level.

Local Government Autonomy cannot be achieved under our current constitutional and legislative frameworks. It is my humble submission therefore, that, to ensure full autonomy for Local Governments in Nigeria relevant sections of the Constitution must be amended because the NFIU Guidelines cannot guarantee the autonomy of Local Governments through an Administrative Fiat.

The amendments to relevant sections of the Constitution, should also prescribe penalties for any derogation from and infringement on the functions, duties and responsibilities of Local Governments.