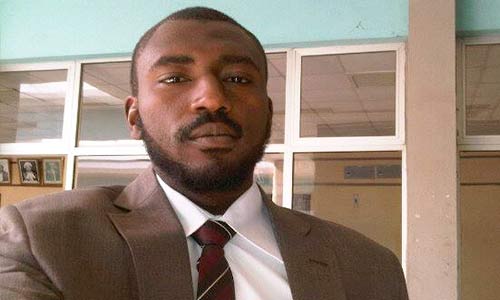 The killing of notorious Benue bandit, Terwase Akwaza alias Gana hasn’t drawn much sympathy.No one expected it to. However, an article in last Saturday’s Vanguard Newspaper which quoted sources as saying he told his foot soldiers to stay in the forest and avenge him if he is killed further justifies the one fear most people had when details of how he died became public; the fear of having to deal with another boko haram situation.The military is saying it won’t expantiate on its position that he was killed in a shoot-out with soldiers because it doesn’t want to join issues with its ‘political masters’.

The ‘political masters’ themselves have not ordered a probe and seem content with just saying he was being brought to the government house to surrender as part of an amnesty programme when the army intercepted the convoy and took him away. This is the Boko haram saga replaying itself from the very beginning.

Boko haram started off as a small sect no one knew outside Borno. According to early reports, its members had an altercation with the police that led to the killing of some of them.

They mobilized and started attacking police installations in Bauchi until the authorities launched a full-blown offensive that led to the capture of its founder, Mohammed Yusuf who was caught hiding in his in-law’s house. The military says they arrested and handed him over to the police who summarily executed him. The sect was in bed with just a few Borno politicians then, the most prominent of them, Governor Ali Modu Sheriff’s former commissioner of religious affairs, Alhaji Baba Fui who was also killed. Those politicians were their first source of funding till others keyed into their quest for vengeance and a subsequent islamization agenda for their selfish interests.

Like Yusuf, Gana was also in bed with politicians from his state. Reports have him as saying the only reason he agreed to any amnesty deal is because former Benue governor and serving senator, Gabriel Suswam was part of the arrangement. He is widely believed to be a classic case of what happens after politicians arm thugs to help them win elections. Particularly noteworthy is the fact that in addition to an existing structure with experience in perpetrating mayhem, they have a base in a forest along the Sankera axis of Benue state. It won’t require as much effort as Boko haram had to devote in its early days to constitute a grave threat.

It is very important that Governor Ortom not only reaches out and wins over Gana’s associates in the best interest of his people, he also needs to set up a panel of enquiry. He has to do more than just saying ‘I am shocked’ and ‘all I know is the army took him’.Even if just for the optics because if God forbid a crisis erupts, he will be an easy scapegoat. A proactive President would have long ordered a probe but by now, I don’t think there is anyone who expects Buhari to be that reasonable no matter the gravity of implications in play.

Benue lives are at stake and it is important Ortom acts like a leader. He of all people should know we have a President who isn’t at all bothered about trying to please Nigerians. People in his home state had to protest on the streets before a joint security task force was constituted countless human lives after. A word is enough for the wise.

Umar Sa’ad Hassan is based in Kano