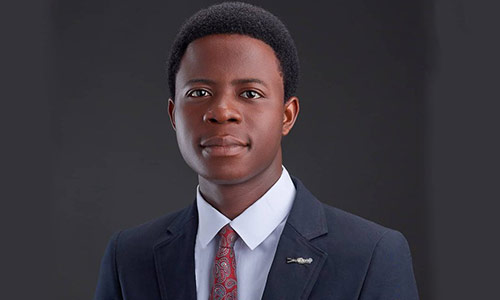 Tiwa Savage had revealed during an interview with American OAP, Angie Martinez of Power 105.1, that she was being blackmailed by an unknown person who threatened to release a sex tape that featured her and her current lover.

In the early hours of Tuesday, October 19, a sex tape leaked online. While the face of the man involved in it did not show, the lady in the video bears a close resemblance with Tiwa Savage.

As the video has gone viral, social media users on several platforms have taken to their accounts to air their opinion on the situation. Most of the comments have emanated from Twitter as the sonorous singer currently trends at the number one spot. So far, the issue has garnered over 61,000 tweets.

Reacting in a Facebook post, the lawyer warned that not taking a legal action may hurt Tiwa Savage in future.

He posted, “Seeing Tiwa Savage alleged nude videos fly around is quite depressing. To be clear, sharing and posting nude contents is a ‘criminal offence’ under our extant laws in Nigeria. Section 24 of the Cybercrimes Act, 2015 criminalizes leaking s*x tapes and sharing them.

“I do not think Tiwa Savage and anyone whatsoever deserve this kind of blackmail.

“To what end? To embarrass and destroy Tiwa’s career or just to damage her character or person? I find it really distasteful, embarrassing and shameful. Grossly iniquitous!

“Apart from being criminal, it is a gross violation of fundamental rights. The right to dignity of human person and privacy guaranteed under section 34 and 37 of the Constitution have been maliciously violated by whosoever leaked and shared the video. Should Tiwa fold her arms?

“I urge that she sets the machinery of law in motion against whosoever is involved in the dastardly act. All culprits should be arrested and prosecuted accordingly so that we can learn that sharing obscene contents is not only cruel but attracts grievous legal consequences.

“You cannot damage a person’s character, life and career and freely get away with it. The law must take its course.”