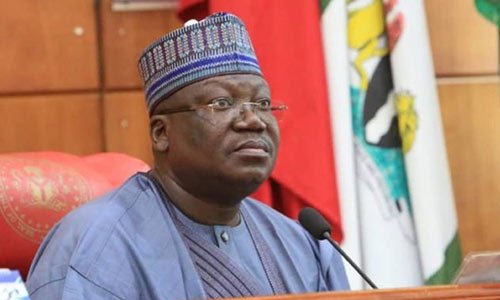 Senate President Ahmad Lawan has approved the appointments of Babagana Muhammad Aji and Festus Adedayo as his Chief of Staff and Special Adviser on Media and Publicity respectively.

A statement by the Special Adviser to the Senate President on Administration, Dr. Betty Okoroh, said the appointments are with immediate effect.

“The appointments were made based on merit, experience, track record and competency of Aji and Adedayo needed by the Senate President in executing his planned legislative agenda,” the statement added.

Aji, who is currently an Administrative Coordinator of National Health Insurance Scheme (NHIS) Outreach Services, holds a Master Degree in Educational Planning and Administration, and another one in Public Administration both from University of Maiduguri.

He started his working carrier with the University of Maiduguri in 1987 as Administrative Assistant and rose to become the Registrar of the University in 1997.

He later joined the services of University of Maiduguri Teaching Hospital (UMTH) where he was appointed as Director in 2016.

He is a member of several professional bodies including the Nigerian Institute of Management (NIM) and Registered Administrative Managers of Nigeria, and attended several workshops, trainings and conferences both locally and abroad

Adedayo on the other hand is a holder of PhD in Political Communication from University of Ibadan, and a member of Editorial Board of Tribune newspapers.