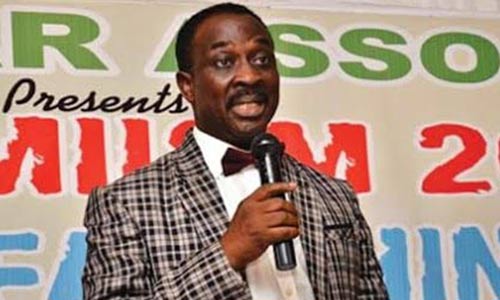 The lawyer made the de­mand at a press conference held in Ikeja, Lagos, after the submission of the report to Governor Sanwo-Olu.

He also called for the im­mediate resignation of the Minister of information, Lai Mohammed, “for his role in spreading lies and false in­formation about the Lekki massacre.”

The panel in its report stated that the Nigerian Army, Mr Sanwo-Olu, and the police were complicit in the death of protesters at the Lekki tollgate in 2020.

The 309-page report in its executive summary said: “The panel in its report found that on October 20, 2020, at the Lekki Toll Gate, officers of the Nigerian Army shot, injured and killed unarmed, helpless and defenceless pro­testers without provocation or justification, while they were waving the Nigerian flag and singing the nation­al anthem and the manner of assault and killing could in context be described as a massacre.

“The panel found that there was an attempt to cover up the Incident of October 20, by the cleaning of the Lekki Toll Gate and the failure to preserve the scene ahead of potential investigations.”

Mr Ogunlana said the military couldn’t have acted without clearance from the president and “influence” of the Lagos governor.

“We are convinced beyond doubt that the military per­sonnel who carried out the massacre at the Lekki Toll Gate could not have acted without clearance from the President of the Federal Republic of Nigeria and Commander-in-Chief of the Armed forces, general Mu­hamadu Buhari. We place the blame of the Lekki Mas­sacre at the doorstep of Gen­eral Buhari and demand his immediate resignation,” he said.

Ogunlana said if Mr San­wo-Olu can be absolved of the Lekki incident.