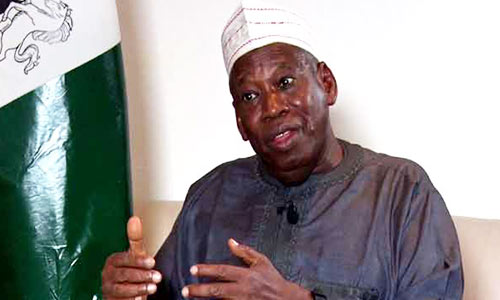 The Kano State House of Assembly has approved a N4 billion loan the administration of Governor Abdullahi Ganduje sought for the completion of Tiga and Challawa Electrification projects.

The approval was granted at the plenary session presided over by the Speaker, Hon Hamisu Ibrahim Chidari.

This is contained in a statement issued by the House Director Press, Uba Abdullahi, which said the assembly deliberated on the matter after the speaker read the letter transmitted to the House by the governor.

According to him, the majority leader called on the house to critically look into the request and to allow for the procurement of the loan facility, which he said is of immense benefits to the teeming populace of the state.

“The House after deliberations agreed on the matter for the governor to go for the loan, ‘’said the statement.”

Similarly during the plenary session, the Kano State Tourism management bill 2021 scaled third reading after the committee considered the bill clause by clause and made necessary adjustment

The House then adjourned till Monday in a motion moved by the Majority Leader, Hon Labaran Abdul Madari, and seconded by a Member representing Wudil Constituency, Hon Nuhu Abdullahi Achika.