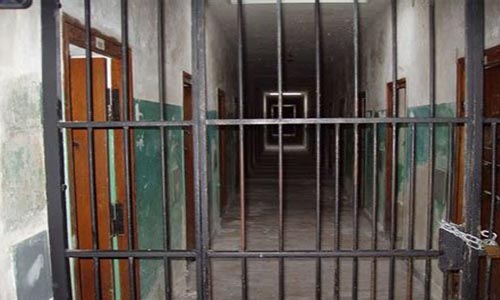 Security operatives, yesterday, recaptured about 99 inmates out of the 294 that escaped from the Kabba Correctional Centre in Kogi State, after some gunmen attacked the facility at about 11.03 Sunday night.

Although over 150 other inmates were still at large as at last night, reports also had it that no fewer than two security personnel, including a soldier and a police officer, died, when the gunmen invaded the facility to free the inmates.

Sources hinted that the suspected gunmen, who came in seven Hilux vans with sophisticated weapons were believed to have come on a mission to release some of the inmates from the correction centres.

The gunmen, however, had a field day shooting sporadically into the air, which enabled them to carry out their mission.

While nothing, according to an account, suggested that an improvised explosive device was used to gain access, despite having an iron door, at the scene were shattered glasses of the windows and broken ceiling.

According to inside sources, the hoodlums, who arrived the centre at about 11.03 on Sunday night and left around 3.00am on Monday morning, forcefully released the inmates, many of whom were brought from the Koto-Karfi Correctional Centre, following an ongoing renovation, compelled after the perimeter fencing caved in.

Sources further hinted that some of the inmates had voluntarily returned to the centre, while others went to the palace to surrender by themselves, after realising the implication of their action, yet, the Kogi State Vigilance Service claimed to have arrested some others in the bushes.

The Comptroller General, Haileru Dan Baba, said investigation into the development had commenced but declined further comment on the matter.

The state comptroller, who was at the scene of incident, also declined to speak with journalists.

All heads of security agencies, including the Assistant Inspector General of Police, State Commissioner of Police, Commander, Army Records, Director State Security Service and special adviser to the Kogi State Governor, Jerry Omodara had also visited the scene of attack.

The Obaro of Kabba, Oba Solomon Owoniyi, called on the federal and state governments as well as the security agencies to beef up security around the country, stressing that it was a big surprise to hear that gunmen came at 11pm and left around 3.00am in the morning.

The royal father noted the the the vigilance group was though trying its best, he maintained that their best could not be enough in face of sophisticated weapons brought by the suspected gunmen

Meanwhile, the office of the Minister of Interior, Ogbeni Rauf Aregbesola, has been briefed on the incident by the Controller General of the Nigeria Correctional Service (NCoS), Haliru Nababa.

The Minister was told that during the attack, security officers on duty, which comprised 15 Soldiers, 10 Police Officers and 10 armed guards of the NCoS on duty fought gallantly to repel the attack, but that two officers of the Correctional Service were yet to be accounted for while one soldier and a policeman lost their lives during the attack.

A statement by the Media Adviser to the Minister of Interior, Sola Fasure, confirmed that the minister had been briefed by Nababa, and disclosed that the Kabba Custodial facility had 294 inmates as at the time of the attack, many of whom escaped after the gunmen allegedly used explosives to destroy three sides of the perimeter fence.

He said 28 inmates stayed back and some had also voluntarily returned to the facility, adding that Nababa was currently monitoring the situation and that the tour of the facility was also ongoing.

He revealed that a Crisis Response Centre has been activated and a Special Taskforce mobilised to recapture escaped inmates whilst an Inter-Agency Security Task Force was already on the trail of the gunmen, who attacked the facility, advising the public to stay calm as the situation was under control.

The minister, therefore, assured the citizenry that Nigeria’s security forces would find the attackers and bring them to justice.

He said: “We shall leave no stone unturned to bring them back to custody. We are also putting INTERPOL on notice with their details, in case any of them attempts fleeing outside our shores.

“We urge the people, especially, the communities around the custodial facility, to be vigilant and report any strange and suspicious persons or activities to the nearest law enforcement agency.”

He further warned the fleeing inmates, that escaping from lawful custody was a serious criminal offence.

“Law enforcement agencies and citizens are lawfully empowered to use all necessary means to arrest and bring you to justice. You should therefore know what you are up against. You will however be eligible for mitigation if you willfully surrender yourselves at the nearest law enforcement office. The Nigeria Correctional Service shall not be cowed by elements seeking to compromise the security of our nation; we shall deal with this situation with absolute resolve.”

He promised to provide more updates at the end of the preliminary assessment.