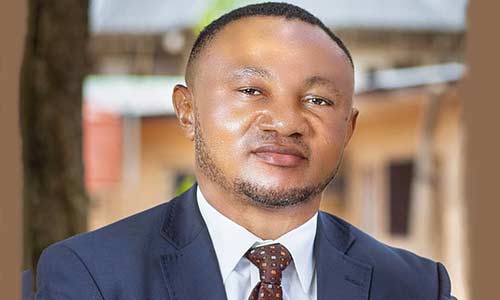 I hail Hon. Justice Pete Obiorah of Anambra State High Court for coming to the rescue of Nigerians who have suffered untold hardship from the hands of the Enugu Electricity Distribution Company PLC, who prior to this judgement used failure of a customer to lodge a complaint to internal Customer Complaints Unit as a Condition Precedent in urging Courts to dismiss genuine cases of electricity consumers over their poor services and illegal/fraudulent charges and electricity bills.

In Suit No. HID/304/2018: ONYEBUCHI OBIAKOR & ORS. vs. EEDC, the aggrieved Plaintiffs sued the EEDC to court over non supply of electricity and illegal charges. The EEDC raised a preliminary objection that the plaintiffs did not comply with the prescribed method of making complaint with her Customers Complaint Unit which her counsel argued is a condition precedent before the exercise of the jurisdiction of the court.

Hon. Justice Peter Obiorah in his ruling delivered on 2nd June, 2020, noted that this practice of raising preliminary objections to suits filed against the defendant company has gained propensity and stated
that the “only issue for determination is whether this suit is incompetent by reason of the plaintiffs’ failure to first initiate and exhaust the procedure for complaint established under the National Electricity Regulatory Commission’s Customer Complaints Handling Standards and Procedures 2006.”

All complaints must be lodged firstly, in writing, with the Customer Complaints Unit of the Distribution Licensee.

The court further construed Section 3(8) on the method of treating the complaint by the Customer Complaints Unit; further complaint to the Forum constituted under Section 4 of the Regulation and appeal to the National Electricity Regulatory Commission against the background of Section 13 which states that:

“Nothing contained in these Regulations shall affect the rights and privileges of the customer under any other law for the time being in force, including those under the Consumer Protection Council Act No. 66 of 1992.”

The learned trial Judge, on the vexed issue of a condition precedent, considered the cases of Prince J. S. Atolagbe & Ors. v. Alhaji Awuni & Ors (1997) LPELR-593(SC) at 19 and relied on the decision in Drexel Energy and Natural Resources Ltd v. Trans International (2008) LPELR-962(SC) where the Supreme Court, per Aderemi, JSC held that “The question may be asked: What is a “CONDITION PRECEDENT?” The answer is not farfetched; When everything has happened which, prima facie, will vest in a party a certain right of action, such as the writ of summons in the instant case which contains materials of the complaint of the plaintiff/appellants and yet in this particular case there is something further to be done, or something more must happen before he is entitled to sue either by reason of provision of some statute or because the parties have expressly so agreed that something more is called “CONDITION PRECEDENT.”

Going further, the trial court stated that “a very popular form of a condition precedent is found in several legislations that prescribe the issuance and service of pre-action notice on a party before such party can be sued in court. See Section 11(2) of the Nigerian National Petroleum Act interpreted in Captain E.C.C. Amadi v. NNPC (2000) LPELR-445(SC) and Section 97(2) of the Nigerian Ports Authority Act interpreted in Umukoro v. N.P.A. (1997) 4 NWLR (Pt. 502) 656.”

His Lordship also stated
that parties may expressly agree on a condition precedent and such agreements are commonly found in arbitration clauses in agreement which in unmistaken terms state that resort to arbitration must be had first before a right of action can accrue. He held that in “these situations, the legislation or agreement state so in clear and unambiguous terms. It is not a matter for conjecture or speculation. In the instant case, the Regulations did not make any allusion to a court action or that an aggrieved customer cannot approach the court until he has made the complaint to the Customer Complaints Unit. It is wrong for a person to read into a law or Regulations what is not expressly contained therein.”

Continuing the Judge held that “In my considered opinion, what the Regulations prescribed as a channel of complaint can be an alternative to a court action. I think it depends on the customer to take advantage of that internal mechanism for resolution of complaints or he may head straight to the courts. There is absolutely nothing in the wordings of the National Electricity Regulatory Commission’s Customer Complaints Handling Standards and Procedures 2006 from where one can draw the inference that the jurisdiction of the court is ousted until and unless there is compliance with the submission of the complaint to the Customer Complaints Unit of the defendant.
In fact, if there is any doubt on whether a customer can approach the court without first reporting to the Customer Complaints Unit, then Section 13 of the Regulations provided the answer or tonic to clear the doubt. In very bold and simple language it states that nothing in the Regulations “shall affect the rights and privileges of the customer under any other law for the time being in force.” In effect, the Regulation is made subject to other laws.”

Concluding, the High Court held that “a customer who decides to go straight to the court to ventilate his grievances against the defendant cannot be shut out by the court and compelled to first explore the internal mechanism of the defendant. The result is that I find no merit in the preliminary objection.
It is my fervent opinion that the observance and compliance with the National Electricity Regulatory Commission’s Customer Complaints Handling Standards and Procedures 2006, is not a condition precedent to the institution of a civil action against the defendant by any aggrieved customer, like the plaintiffs in the instant case. Accordingly, I hereby dismiss the objection for lack of merit.”