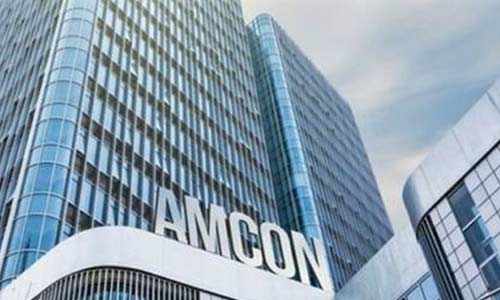 The Asset Management Corporation of Nigeria (AMCON) yesterday said it is still in charge of, “all assets of Jimoh Ibrahim and his companies including Nicon Insurance Limited and Nigeria Reinsurance Corporation.”

The corporation, in a statement signed by its Head, Corporate Communications Department, Jude Nwauzor, said the explanation became necessary due to false narrative spreading on the social media.

It further stated that Justice A. R. Mohammed of Federal High Court Abuja Division on Monday, had ordered AMCON; NICON Insurance Limited, Nigeria Reinsurance (Nigeria Re) and Ibrahim to maintain the status-quo-ante until September 8, 2021, when the court would hear all pending applications in the matter.

It alleged that Ibrahim’s current indebtedness to the corporation stood at about N70 billion, adding that the matter between the businessman and AMCON has been interminable since the loan was purchased by the government debt recovery agency during the first phase of Eligible Bank Assets (EBA) purchases from Union Bank in the early days of the corporation.

“AMCON and BPE, on July 21, received approval from the National Insurance Commission (NAICOM) to constitute a new board and management of NICON Insurance Limited and Nigeria Reinsurance Corporation (Nigeria Re).
“The change was to enhance the smooth running, efficient and effective management of the two firms previously owned by the recalcitrant debtor and businessman,” it added.

According to the corporation, the reason for the changes in the board and management of the two insurance firms was sequel to the takeover of the major investor’s interests in the two organisations, and the BPE who worked in partnership with AMCON to bring the much-needed stability in the operation of the organisations.

AMCON also made it clear that the reconstitution of the board and management team of two insurance institutions in Nigeria was to ensure that the firms continue in their quest for transparent and accountable management of insurance in the country and continue to deliver value to its stakeholders.

“After the constitution of the boards, Jimoh Ibrahim belatedly approached the court to obtain an order seeking to stop AMCON from constituting the boards of the two insurance firms.

“But when the case came up for hearing on Monday the 18th of August, the Judge ruled that all parties maintain the status quo until September 8, which was agreed by both the counsel to Jimoh Ibrahim and co, C.I. Okpoko, SAN and counsel to AMCON A.U. Mustapha, SAN.

“This, the Court took note of in its ruling on the application for adjournment and directed that all parties maintain the status quo as at date, pending the determination of the applications on September 8, when arguments will be heard on the motion on notice with a possible ruling,” it added.

Furthermore, AMCON stated that the implication was that it is still in charge of all assets of Ibrahim and his companies including Nicon Insurance Limited and Nigeria Reinsurance Corporation, “over their heavy indebtedness to AMCON following earlier court rulings, which gave AMCON the power to take over the assets ab-initio.”

“It was also from the courts that AMCON derived the power with which it appointed the Receiver Managers over some of the companies and assets belonging to the recalcitrant debtor.

“It is unfortunate that Jimoh Ibrahim and his cohorts have continued to show wanton disregard to the court directive. They have been misinforming the general public by mischievously misinterpreting the court resolution.

“They have used thugs to physically break into the companies’ premises, to misappropriated documents and assets, and have had the audacity to parade themselves as the legitimate management in these companies.

“This is to reassure the general public and all stakeholders that AMCON is a law abiding institution and shall not be intimidated into surrender of its legal responsibilities.

“Moreover that these insurance entities are public assets, striped and destroyed by persons with a known track record of mismanagement, criminality and outright disrespect to all that is prudent, ethical and normal.
“All stakeholders are assured that this mischief would be short lived as AMCON has rapprochement of the courts to deal with this rascality,” it added.