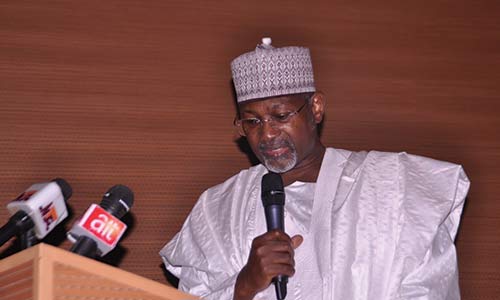 For sustained peaceful coexistence among the multiethnic and religious groups in Nigeria, Professor of Political Science and erstwhile Chairman of the Independent National Electoral Commission (INEC), Attahiru Jega, has suggested that Nigeria needs to deploy Alternative Dispute Resolution(ADR) institutions, processes, procedures and mechanisms due to their advantages.

Jega, who spoke in Abuja yesterday as the keynote speaker during the 2021 ADR conference, induction and annual general meeting of the Institute of Chartered Mediators and Conciliators, said unmitigated conflicts have proven to be poisonous, thereby having a general negative impact on peaceful coexistence in a very diverse polity such as Nigeria.

Represented by the past President of the Institute, Dr. Louis Brown Ogbeifun, Jega said Nigeria cannot afford to be left behind in the comity of nations as experience has proven that ADR has advantages that far outweigh litigation in all courts.

At the event which saw a total of 82 inductees, Jega emphasised that “Nigeria is regrettably a relatively polarised and conflict-ridden country. It is additionally an intensely litigious society, especially on civil and commercial matters and relations, whether in respect of family or land or business, or even political, especially electoral matters.

According to him, “Unmitigated conflicts, more often than not, poison inter-personal relations and in general negatively impact upon peaceful coexistence in a very diverse polity, such as Nigeria.

“As we strive to encourage and ensure

peaceful resolution of disputes in the Nigerian polity in particular and political economy in general, there is need to increasingly deploy Alternative Dispute Resolution, institutions, processes, procedures and mechanisms, because of their advantages in contrast to litigation in courts.

In the same vein, Justice of the Supreme Court, Justice Mary Odili, and six others were conferred as honorary fellows of the Institute. Others included Justices Olukayode Ariwoola, Ejembi Eko, Abdu Aboki; Dr. Aderemi Ajibewa, Prof. Felix Asogwa, and the Comptroller-General of the Nigeria Correctional Service, Halliru Nababa.