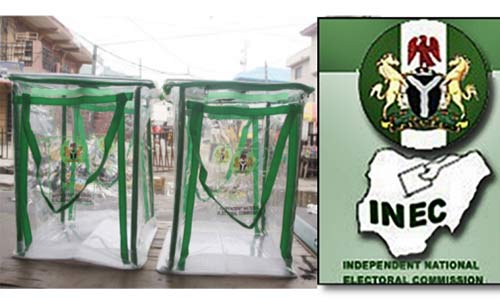 On the 16th day of February, 2019, an alarm was raised in the media following the online publication of This Day Newspaper on their platform https://www.thisdaylive.com/index.php/2019/02/16/atiku-raises-the-alarm-over-partisanship-of-pvc-card-reader-manufacturer/ with the title: “Atiku Raises the Alarm over Partisanship of PVC, Card Reader Manufacturer”. Part of the statement reads:

It is public knowledge that Sani Musa, popularly known as Sani 313 is a card carrying member of the APC and a close associate of several stalwarts of the party, including President Muhammadu Buhari who apparently pushed his nomination. But shockingly, the APC Senatorial candidate for Zone B of Niger State, Mr. Mohammed Musa, has a contract with INEC to supply key voting materials in an election he is participating in, which is a clear conflict of interest and raises questions of probity and oversight in the issuing of INEC contracts. The INEC contract was to ‘upgrade’ the card readers and to print PVC cards. Further investigations have shown that the ‘upgrade’ consisted of pre-programming the card readers to accept fake replica PVCs (copies of genuine PVCs) that the firm printed in Nigeria. These two activities were undertaken so that the APC could boost its vote tally in its strongholds or force votes in Polling Units at PDP strongholds to be null and void by over-voting. Our investigation also identified the seven states where this activity was due to take place and we have therefore informed the Observer Community and our own extensive network of over 176,000 Party Agents so that they can forestall this activity by checking cards as allowed under INEC guidelines,” Given that Mrs. Musa’s previous company, Act Technologies, had a contract to supply and install PVC card printers in the INEC Headquarters, it does beg the question why Mr. Musa’s new company, Activate Technologies, was given a subsequent contract to print PVC cards itself?

On 17th February, 2019, Senator Shehu Sani made this confirmatory tweet on his verified tweeter handle (@ShehuSani):

As observed by ace (The Electoral Knowledge Network) in its publication on https://aceproject.org/ace-en/topics/ei/onePage ;

An election is the result of a complex process requiring the participation of a multitude of players. There are winners and losers in every election. The stakes are high, and there is a great temptation to ensure victory through illegal or ethically questionable (improper or even corrupt) means. Election results can be rigged or disrupted to predetermine who will win or lose, casting doubt on the legitimacy of the process.

In United Nations document A/66/314 (19 August 2011). “Strengthening the role of the United Nations in enhancing the effectiveness of the principle of periodic and genuine elections and the promotion of democratization”. Report of the Secretary-General. http://daccess-dds-ny.un.org/doc/UNDOC/GEN/N11/458/24/PDF/N1145824.pdf?OpenElement., it is aptly stated that:

The true measure of an election is whether it engenders broad public confidence in the process and trust in the outcome. An election run honestly and transparently, respecting basic rights, with the effective and neutral support of State institutions and the responsible conduct of participants (leaders, candidates and voters) is most likely to achieve an accepted and peaceful outcome

It is not in doubt that the foremost duty of the Independent National Electoral Commission is to conduct a credible, free and fair election the importance of which can never be over-emphasized in our polity. It is in faithfully fulfilling this existential mandate that the democracy of the nation is stabilised. That a man who has declared his partisanship in the polity, proclaiming his unalloyed loyalty to the All Progressives Congress (the political party in power) is allowed to continue to handle electioneering contracts even as a sitting Senator of the APC using different companies he (remotely or directly) controls (Act Technologies and Activate Technologies) is totally unacceptable and should not be accommodated by a 21st century electoral umpire as it challenges the integrity of the electoral processes thereby questions the legitimacy of the outcome of such electoral processes.

It has been said that integrity in elections, depends on ethical conduct by electoral administrators, election officers, candidates, parties and all participants in the electoral process. This suggests that all participants should behave in a way that encourages a free and fair process, and that disheartens conduct risking the integrity of the process. To achieve this, all participants must carry out their duties or roles in a professional, transparent and impartial manner.

Maybe, the INEC could be absolved of blameworthiness for engaging this man for contractual works prior to his presenting himself officially to seek public office. However, now that he is occupying an elective post on the platform of the ruling party, both morality and laws of the land demand that such contractual relationships must cease forthwith. In other words, there should not be any ground for the allegations raised by Alhaji Atiku Abubakar in 2019 against Senator Sani Musa and the INEC to persist as 2023 general election approaches. This is the duty of INEC.

Having recently released the electoral time table for the 2023 general elections, it means that the count down to the said election has begun in earnest.  Many other competent technology companies to handle INEC contracts abound other than Act Technologies, Activate Technologies, and such other companies behind which Senator Sani Musa hides to thrive in conflict of interest which casts a pall of darkness on the integrity of the system. This should worry all democrats who mean well for the future of our country’s democracy. The time to halt the aberration is now. It must be shouted loud and clear that the integrity of the ballot box is not negotiable.