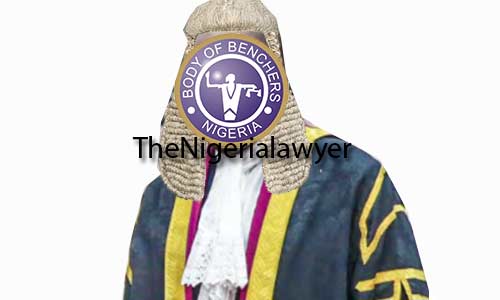 THE Body of Benchers has conferred on the Attorney General of the Federation, Mr. Abubakar Malami, the rank of Life Bencher of the Body.

It would be recalled that controversies still continue to trail the action of the learned AGF for purportedly amending the Rules of Professional Conduct unilaterally without the sanction of the General Council of the Bar.

Peeved by this action of the learned AGF, it would equally be recalled that Mr. Azu Aniagu started a petition being signed by Lawyers, calling that the exalted rank of Senior Advocate of Nigeria be stripped off the Attorney General of the Federation.

TheNigeriaLawyer further recalls that the NBA President, Mr. Olumide Akpata has earlier called on members to discard the purported amendment and urging them to remain “calm”.

In a new development, however, the Body of Benchers deemed it expedient to honour the learned AGF, Malami with the rank of Life Bencher, amidst the controversies.

It was disclosed by a source that the meeting of the Body was presided over by former President of the Nigerian Bar Association (NBA), Chief O. C. J. Okocha SAN and prior before then, a committee had earlier on recommended conferment of the honour on deserving Legal Practitioners.