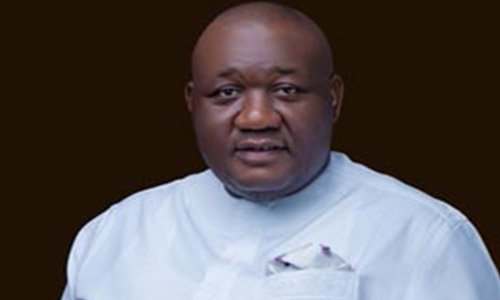 The remains of the late Senator Benjamin Uwajumogu of Imo North will be buried on Friday, February 21.

A statement by Nnadozie Uwajumogu, on behalf of the family, said the date was chosen after due consultations and in line with the custom and tradition of Umuihi in the Ihitte/Uboma Local Government Area of Imo State.

The statement noted that Acho Obioma had been chosen as the chairman of the funeral rites’ planning committee.

Uwajumogu had collapsed and died in Abuja on December 18, after attending Senate plenary the previous day.

The statement read, “In line with the tradition of his community, the family, extended family, in-laws and close friends met many times to consider a suitable date for the burial of Senator Benjamin Uwajumogu.

“After due consultations, the family wishes to announce that the burial will hold on Friday, February 21, 2020 at his country home, Umuihi, Ihitte Uboma LGA, Imo State.

“Additionally, a broad based burial committee has been constituted under the chairmanship of Acho Obioma and charged with the planning, preparation and execution of the burial.

“Uwajumogu’s family wishes to thank everyone who has comforted the family in this trying moment.”