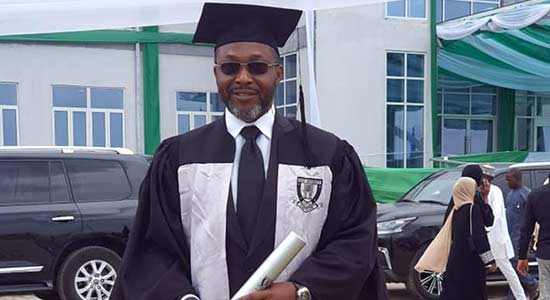 *Says The Course Lecturer, Prof. Ernest Ojukwu, Refused To Give Him Make-Up Test
*Says His Wife Can’t-Wait To Form Partnership With Him
*Says He Was Never Given Preferential Treatment
*Recommends The School To Aspiring Students

The former Minister of Aviation, Osita Chidoka, has graduated from Baze University with second class upper.

This was disclosed by the Ex-Aviation Minister himself. “Yes, I have graduated with an LLB Second Class Upper from Baze University.” he wrote on his Facebook wall.

He explained that the journey was tough due to his political career. Adding that the school was humbling and he was never given preferential treatment because according to him, the school enforced its rules. He also said he failed Law of Evidence and had to rewrite the course when the course lecturer, Prof. Ernest Ojukwu, refused to give him a makeup test.

He wrote, “Tough journey. Imagine moving from Federal Executive Council to classroom with under 20s. I wore black trousers and a white shirt daily. Made an effort to enter the class before the lecturers, submitted assignments as at due dates.

“It was humbling, but it brought order to my life. After eight years of high-octane service, from FRSC to Aviation, Baze University was therapeutic.

The school was not without distraction. I Left to run for Governor, came back. Left to manage the Atiku campaign election centre, came back.

“School was not without its setbacks. On the campaign trail for the 2019 elections, I struggled with school work but thought I could wing it. Alas, I failed Evidence 1 taught by my friend Prof. Ojukwu. He refused to give me makeup midterm tests that I missed. Whenever I approached him, he would cheerfully gist and analyse the elections with me.

“After each discussion, I went away confident he would reconsider. He did not. I went into the exam with 0/30. It was humbling, as I had not experienced examination failure before then. I nearly withdrew.

“I persevered. I re-registered Evidence 1 and attended Prof Ojukwu’s lectures, participated in all class assignments and followed his teaching style. I passed very well. Setbacks and failures are part of life. Face them squarely.

“At Baze, I got no preferential treatment, and the school enforced rules. I highly recommend the university to aspiring students.”

He expressed delight that he can’t wait to form a partnership with her. He thanked her and his children for their support.

“My wife can’t wait to form a law partnership with me, Chidoka, and Chidoka, where she would be the senior partner. Chidinma daalu, for all the support and tutorials, I hope your seniority ends at the bar and not near our bedroom.

“To my Children, thank you for all the support and be reminded that I will not accept a degree less than a second class upper. If I can do it at old age, you have no excuse.

“Today, I attended the convocation with pride. Hopeful of the future, proud that I applied Uche in learning and Uchu in Perseverance and commitment to earn a law degree.” Chidoka said

The news went viral that former Senator Dino Melaye emerged as the best graduating student of the University. Melaye has faulted the news. However, the news is not true. According to the SaharaReporters, contrary to trending reports, Melaye finished with a second-class division degree. 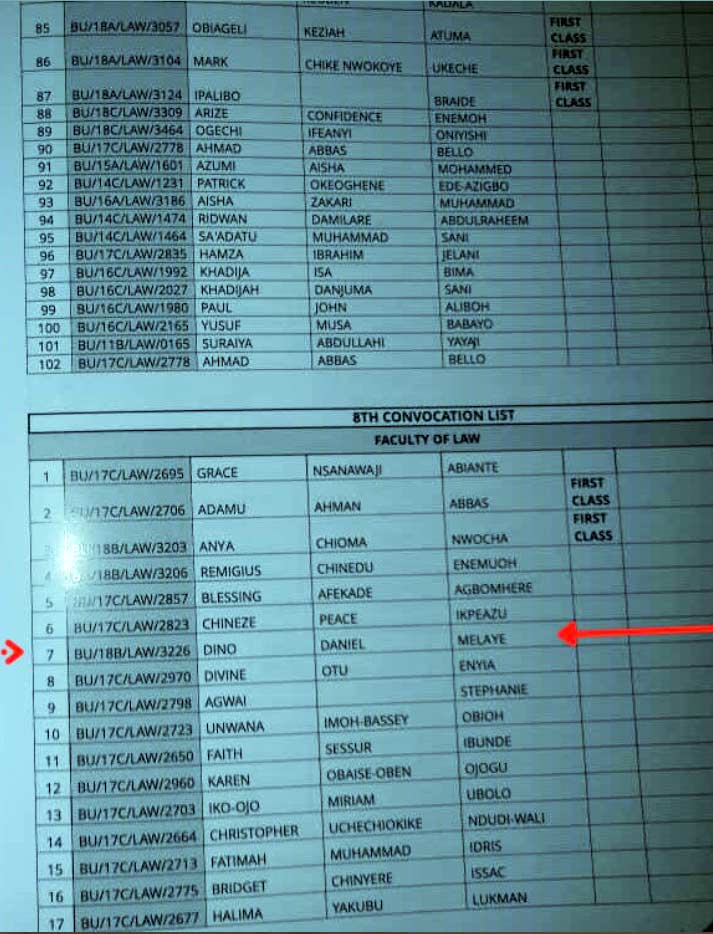 Regarding the social media allegations that Baze University awards certificates to politicians, a source from the University told TheNigeriaLawyer that the rumors are not true.