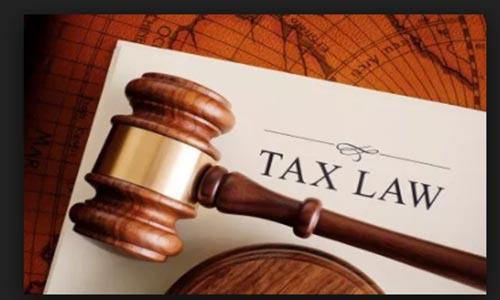 The Tax Appeal Tribunal has on the 20th day of June, 2019 ruled that gratuity is not liable to personal income tax. This decision by the tribunal was made in the case between Nigerian Breweries PLC and Abia State Board of Internal Revenue in appeal number TAT/SEZ/002/17

SUMMARY OF THE CASE
Abia State Board of Internal Revenue notified Nigerian Breweries PLC of its intention to commence an audit exercise for the years 2014-2015 in relation to Pay-As-You-Earn (PAYE) and withholding tax as well as the appointment of tax consultants – Yesufu Ahmed & Co – to carry out the audit. Upon conclusion of the audit exercise, the Abia State Board of Internal Revenue issued an assessment in the sum of Ten Million, Forty-Nine Thousand, Six Hundred and Forty-Four Naira, Forty-Five kobo (N10,049,644.45). The assessment comprises outstanding PAYE obligations including penalties and interests.

DECISION OF THE TAX APPEAL TRIBUNAL
The tribunal first determined the second relief and instantly refused same. It held:
“since this appeal is determinable under PITA, Cap P8 LFN, 2004 and knowtowing to the maxim of les posterior derogat priori (meaning, a later law takes precedence over an earlier one) the tribunal does not deem it necessary to grant this relief and it is hereby refused.”
On the first relief, the court began by producing the provision of section 3 of PITA which provides thus:
Subject to the provisions of this Act, tax shall be payable for each year of assessment on the aggregate amounts each of which is the income of every taxable person, for the year, from a source inside or outside Nigeria, including, without restricting the generality of the foregoing-
(a)…
(b) any salary, wage, fee, allowance or other gain or profit from employment including compensations, bonuses, premiums, benefits or other perquisites allowed, given or granted by any person to any temporary or permanent employee other than so much of any sums as or expenses incurred by him in the performance of his duties, and from which it is not intended that the employee should make any profit or gain

Paragraph 18 of 3rd schedule of the Act provides that
Gratuities payable to an employee in the private sector in respect of services rendered by him under a contract of service with his employer and described as gratuities either in the contract or some other document issued by or on behalf of the employer in connection with such contractor:
Provided that-

“The principle is well settled that in the construction of statutory provisions, where a statute mentions specific things or persons, the intention is that those not mentioned are not intended to be included. This is the expressio unius est exclusio alterius rule, meaning that the express mention of one thing in a statutory provision automatically excludes any other which otherwise would have been included by implication.”

On the strength of this Supreme Court position and from other judicial and statutory supports already mentioned or cited,” gratuities” are automatically excluded from the charging section of the PITA.

The tribunal further determined another question as to what happens when the tax is not charged in the charging section but is taxable wholy or partially in the schedule to the law. The court opined that paragraph 18, 3rd schedule to the constitution which provides that any amount on gratuity paid which is in excess of N100, 000 is taxable contradicts section 3 of the PITA therefore inapplicable to the Appellant and placed reliance on AC & ANOR V. INEC (2007) LPELR-66(SC among others.
The tribunal further considered the mischief rule and asked the following questions:

I. How did the law stand before the extant Personal Income Tax, Cap P8 LFN, 2004?
II. What was the mischief for which PITA 2004 did not provide?
III. What remedy did PITA 2004 provide to cure the mischief?
The answers to these questions are obvious:
I. The stand of the law before the charging section captured in section 3, PITA of 1993 was that gratuities were chargeable under section 3 PITA
II. PITA of 1993 did not provide for exemption of gratuities from personal income tax
III. The remedy provided by PITA 2004 was the deletion of gratuities from the charging section of PITA of 1993 in order to cure the mischief
So by applying the mischief rule of interpretation, the same result enures, that is: Gratuities are tax exempt under the extant Personal Income Tax Act. Issue (c) as framed by the tribunal therefore, is resolved in favour of the Appellant.

Consequently, an order was made discharging the revised assessment issued by the Abia State Internal Revenue to the Appellant.