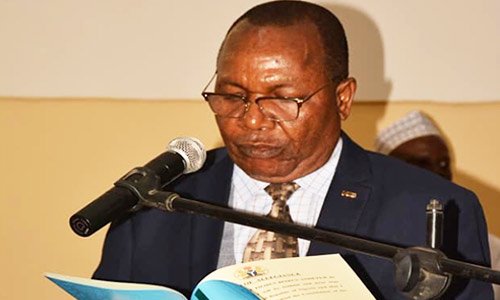 That was in compliance with section 271 sub-section 1 of the 1999 Constitution of the Federal Republic of Nigeria as amended, which provides that “The appointment of a person to the office of Chief Judge of a State shall be made by the Governor of the State on the recommendation of the National Judicial Council subject to confirmation of the appointment by the House of Assembly of the State.”.

The Governor amongst other things called on the new Chief Judge to ensure that the Prison in Taraba State is fully decongested as the Prison presently is overstretched with so many in mates awaiting trial.

The Chief Judge, Honourable Justice Andetur pledged to put in his best. For him, the era of unlawful detention is as good as gone.

With the help of the Almighty he promised to take the Judiciary to an enviable height.

He had his elementary and primary school education at Local Education Authority Primary School, Fikyu.

He subsequently attended Federal Government college, Warri in the then Bendel State from 1973 to 1977.

He is a product of the prestigious Ahmadu Bello University, Zaria and subsequently the Nigerian Law School, Lagos from where he was called to the Bar in 1981.

As a lawyer, Andetur acquired vast experience at the Ministry of Justice.

He was appointed State Counsel Grade II in 1983 upon the successful completion of his National Youth Service Corp Programme.