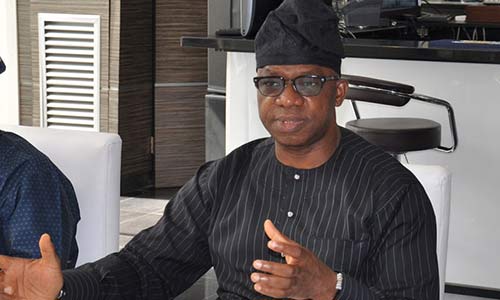 The Ogun State Governor, Dapo Abiodun is considering the death penalty for anyone convicted on charges of kidnapping in the state.

Abiodun said this in a statement signed by his Chief Press Secretary, Kunle Somorin on Tuesday.

The governor was reported to have said hard times await kidnappers in the state, adding that the government was considering sending a bill in which kidnapping would attract capital punishment to the State House of Assembly for legislative action.

According to Somorin, Abiodun gave the indication when he played host to Remo League of Imams who paid him a Sallah homage at his Iperu home describing kidnapping as an economic crime that must be stopped by all means.

He said most of the kidnappers were foreigners who disguise as herdsmen. He said that it would not augur well if criminals are allowed to operate unchecked as it would affect the State which is regarded as the industrial hub of the nation.

“We do not want criminals to cause problems for us. The state hosts a lot of companies and industries. It will not augur well to hear that criminality is prevalent in our State.

“I have asked that those who were caught in the recent kidnappings in the State be brought to me. I will warn them because government will not spare anyone caught in kidnapping henceforth”, he warned.