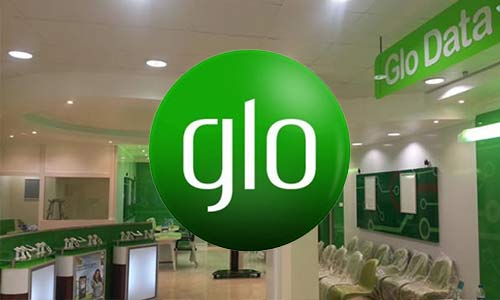 In its ambitious plan to further entrench itself as a game changer in the industry, the telecom giant has unveiled a new offer, Glo Daily Data Splash, exclusively packaged for heavy data users.

The new offer was unveiled in a statement its Corporate Communication Office released at the weekend, now offering 1GB for N300 while 2GB for N500

The statement said the package which was conceived to provide reliable internet services to subscribers at affordable rate comes with 1GB of data for N300 and 2GB for N500.

With N300 which gives a validity of one day, the statement said the new product “gives a data value of 1GB to subscribers, just as N500 gives the subscribers 2GB.

“These are the most affordable customer-friendly data plans in the industry. The Daily Data Splash offers are available for both existing and new Glo customers.

“The Daily Data Splash can also be gifted to other subscribers by the original subscriber and it can also be shared with others such that five subscribers can log on to the plan at the same time seamlessly and enjoy the benefits accruable together.”

Globacom restated its commitment to empowering more people with data at affordable rates, thus enabling them to meet up with their internet needs.

It, therefore, called on Nigerians to make utmost use of the special offer by dialing *777#.

One of the dynamic changes Globacom brought to the industry is the introduction of the per second billing in Nigeria which made it much easier for Nigerians to get value for money by paying only for the exact time spent on calls.

It also crashed the cost of making GSM calls by reducing the cost of acquiring the line and tariff from N20,000 and N50 per minute respectively to as low as N200 and 5 kobo per second.

The company’s leadership in innovation and value pricing has boosted the country’s telephone penetration and empowered Nigerians to enjoy affordable voice and data services.

Besides, the company had introduced Glo Mobile, which had since launch led the vanguard for the downward review of SIM acquisition and service costs in line with its mission to offer Nigerians affordable telecommunication services.

It claimed that prior to the Glo Mobile’s entry into the market, average prepaid call tariff was N48 per minute, noting that Glo Mobile launched with N37 for calls within the network and N39 for calls outside the network.

More importantly, the telecom giant said the PSB, which it pioneered, “now ensures that subscribers pay for only what they use. The crashing of SIM cost is also attributable to Glo Mobile’s intervention.

“The company launched with N10,000 SIM price compared to the prevailing N25,000 offered by other operators. This was then reduced to N6,999.

“Shortly afterwards, Glo Mobile launched the Talk Now package, a unique promotion which gave subscribers the opportunity to own their lines after making a down payment of just #2,999 while the balance was deducted from their accounts in installments.

“It was the first audacious effort by any network in Nigeria to grow the critical mass. Glo Mobile followed this effort with an unbelievable N1 SIM price promo offer.

After the promo, Glo continued to force the price of telephone such that now SIMs are sold for as little as N100. Without the Glo Mobile intervention Nigerian subscribers will still be paying as high as N10,000 for SIM and N48 per minute call.”

As shown in the industry reports, the launch of Glo 1 International submarine cable in 2010 marked the advent of affordable Internet connection in the country.

Reports claimed that the facility, which is the first individually owned international submarine cable “offers sufficient bandwidth for Internet services not only for Globacom but also for many ISPs and other telecom operators who today rely on Glo 1 for Internet bandwidth.

“This is why telecoms companies can today offer up to 1 gigabyte data for just N300,” reports said.