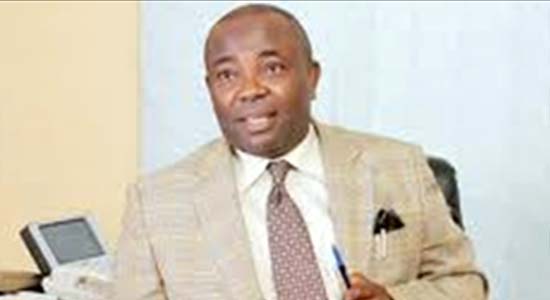 The Fiscal Responsibility Commission (FRC) says it generated N725 billion from independent revenue, in the first half of 2022.

Victor Muruako, chairman of FRC, said this on Monday, at the opening ceremony of a three-day workshop on sustaining the gains of fiscal transparency and accountability in states, held in Lagos.

The workshop, which was the third in the series, was themed, ‘strengthening fiscal management at state level’.

Independent revenues which include interest on capital, dividends, rental incomes, among others, are generated by agencies as captured by the fiscal responsibility act of 2007.

The act stipulates that government agencies must remit 80 percent of such revenues to the consolidated revenue fund (CRF) account.

“At the national level, we at the fiscal responsibility commission in the discharge of our mandate have been able to improve the independent revenue of the federal government,” Muruako said.

“I can tell you that by 2020, the independent revenue of the federal government for that financial year was about N525 billion.

“FRC has been instrumental, working with other agencies and the national assembly, to achieve an increase in the independent revenue of the federal government.

“For the first time in the history of the country, its independent revenue exceeded the N1 trillion mark in 2021.

“This year, the federal government has already achieved N725 billion, from independent revenue, that is, half of the year, and we expect that the target for this year will still be achieved because most of the independent revenues usually come in between the third and fourth quarter.”

Muruako, therefore, urged state governments to explore and invest in improving their revenue bases, adding that a lot of revenue bases were wasted and left for people to grasp into their pockets.

He alleged that most of the independent revenue of states are usually remitted to private pockets, and citizens cannot grow fatter when the government is busy borrowing.

“Government cannot borrow when citizens are expanding; so I want to appeal to state governments to show fatherly love to their citizens by investing more energy in improving their revenue base.

Jobome said banks lend directly to various sub-nationals and also administer some funds on behalf of the government and other global agencies from time to time.

“As a bank, our role just like any other bank, is to be intermediate in the system. We take money from the excess savers and we give to the borrowers, typically, industry or government as the case may be, and in that process, we monitor all those borrowings,” he said.

“As we monitor, the monies are used wisely for the intended purposes; whether it is capital expenditure and so on, you get investment efficiency and value for the monies that have been provided.

“So, two things that we do, it’s not just to dish out the money but also ensure that the money is used wisely.”