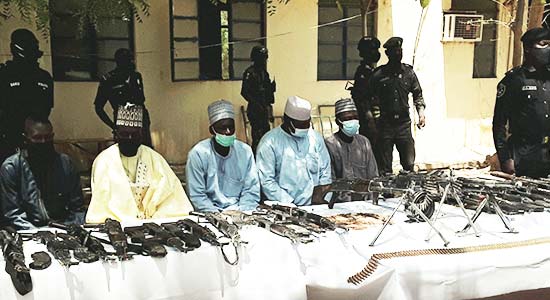 Speaking on the development at a press briefing on Thursday, Buba said he was optimistic that a number of followers of the repentant bandits would emulate their leaders and quit banditry and related acts.

We are not begging or even persuading them to surrender,’ the commissioner said, adding that ‘the Nigeria Police force and other sister security agencies will leave no stone unturned in isolating and dealing decisively with individuals and groups of unrepentant bandits who refuse to surrender and keep hibernating in the forests.

‘The Command wishes to assure the good people of the state that banditry and other crimes will soon become history as the security forces are on top of the situation.’

He said that the repentant bandits also surrendered a cache of weapons, including two general-purpose machine guns, 23 AK-47 assault rifles, 109 GPMG ammunition, and 45 rustled cows, among other items.