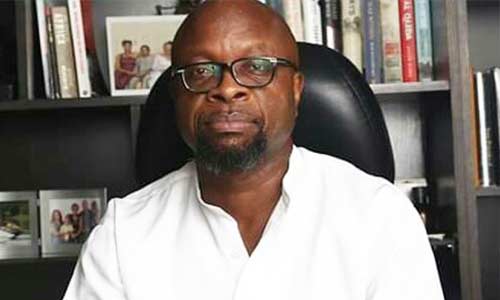 A former Attorney General of Cross River State, Mr. Eyo Ekpo has described the current crisis in the Cross River State Judiciary as worrisome and calling on the State High Court Judges not to be used as an instrument for the subversion of due process of Law being played out in the State as regards the appointment of a Chief Judge.

In addition, he stated that the National Judicial Council and others are to be blamed for allowing the unfortunate happenings in the State Judiciary to be perpetrated.

He disclosed this on his Facebook page which was sighted by TheNigeriaLawyer.

He stated that “Justice Eyo Efiom Ita will be sworn-in as the Acting Chief Judge of Cross River State. I believe he should decline drinking from what is in effect a poisoned chalice but I fully understand why he would feel a sense of duty to take up this post, because the NJC has approved it”.

Meanwhile, he noted that the leadership problem in the State Judiciary should be attributed to some categories of persons.

“I believe the blame should be placed squarely on the shoulders of two sets of people. First, the elite leadership of Cross River State – those who, at every election, give directives as to who to vote for; those of us who call ourselves “leaders of the Bar”, those of us who call themselves “leaders of thought”, those who glorify themselves as “traditional institution”, those who revel in the title of “community leaders and leaders of thought”; but who have remained silent for the past 9 months since this tragedy started to unfold, as this State’s illustrious reputation becoomes a dead letter.

“In this group I will include the Attorney-General of Cross River State, the Speaker and members of the State House of Assembly, who have actively or passively aided the travesty we are all witnessing”, he said.

Furthermore, he stated that the NJC is to be equally blamed for allowing itself to be used politically in concert with the Governor & State Assembly.

“The other set of people I blame is the National Judicial Council, which can opt to stand firmly against a politically-motivated scheme to subvert the Constitution and erect a machinery of oppressioin against the deserved elevation of Justice Akon Ikpeme to the office of Chief Judge of Cross River State; but which, on the contrary, has chosen to play politics with the State Governor and Speaker by embarking on a merry-go-round game of musical chairs in recommending the various Judges of the State High Court to the office of Acting Chief Judge one after another”, he said.

“This is a game that suits the State Governor but does nothing to uphold the dignity of the office of Chief Judge and protect the independence of the Judiciary, which the NJC claims to cherish.”

Besides, he noted that that constitutional provision should have been employed by the NJC to set the Governor on the right track but rather, the NJC has been complacent.

“As a lawyer, I believe that the extraordinary circumstances of Sections 271 subsections (4) and (5) provides the tools that the NJC can and should use, combined with a resort to the Courts, to show Governor Ayade that his impunity cannot and will not stand.

“Unfortunately, all I can see is docility all round, acquiescence that looks on with feigned helplessness as Governor Ayade is allowed to have his ego-driven way that is prepared to destroy the foundation of good faith and integrity that is the real foundation of the Constitution and the public office that he swore to uphold”, he said.

Therefore, he said the elites in the State & NJC have refused to speak aiding the constitutional desecration.

“The elite of Cross River State and the NJC have acquiesced in Ayade’s subversion of the Constitution and they have no excuse for playing along with him.”

“I sympathise with the dilemma in which Justice Ita and every other Judge of the High Court of Cross River State (except Justice Eneji who celebrated his Acting Chief Judgeship) who has a conscience has been placed by a leadership that has chosen the path of dociklity and acquiescence”, he stated.

Finally, he opined that the State High Court Judges should refuse to be lured in the crisis adding that the NJC should be left to make a recommendation from outside the State, if occasion demands.

“Those who should speak up for the Judiciary are silent. Still, I believe that every Judge in the State High Court should decline and refuse to be part of this tragic scheme of oppression against an innocent Justice Ikpeme. Let the NJC appoint another Judge from outside the State to go to Calabar and be the Acting Chief Judge there. After all it is a Judge like them that said: “Fiat justitia, ruat coelum”…”let justice be done, though the heavens may fall”.” He concluded.

TheNigeriaLawyer recalls that Cross River State has been without a Chief Judge in substantive capacity since 29th day of November, 2019 after the retirement of Hon. Justice Michael Edem.

Further to this, the Governor, Prof. Ben Ayade swore in Hon. Justice Akon Ikpeme who was the most senior as acting Chief Judge on December 3, but upon expiration of her tenure on March 2, 2020, her junior, Hon. Justice Maurice Eneji was sworn in.

Thus, the present leadership crisis in the State Judiciary made Lawyers to stage a peaceful protest, demanding the appointment of a Chief Judge in substantive capacity.