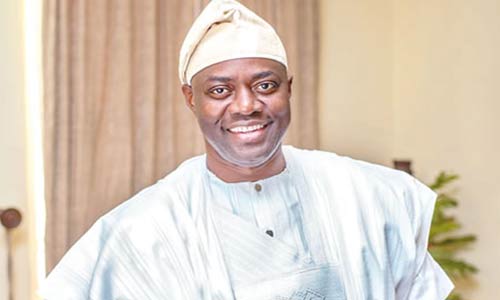 As a way of ensuring proper enforcement of the state’s environmental laws and averts possible flooding in the state, Governor Seyi Makinde of Oyo state has approved the formation of environmental tribunals.

Additional, arrangement is in top gear to conduct the first environmental summit where all stakeholders whose activities impact on the environment will seek to generate solutions to the environmental challenges facing the state in order to make it safer and more hygienic.

The revelations were made on Monday by the state commissioner for Environment and Natural Resources, Mr. Kehinde Ayoola during a press conference on “Flood Alert and Preparedness of Ibadan Metropolis”, held at the Film Theatre of the Ministry of Information, Mass Mobilisation, Culture and Tourism, Agodi Secretariat, Ibadan.

Noting that the environmental tribunals will soon be inaugurated by Governor Makinde, Ayoola said the ministry of environment has found out that the bad environmental habit and improper disposal of refuse in different parts of the state are things of the mind and as such would engage in continuous engagement of the people on the need to change their attitude.

He added that the press conference became imperative to alert and update the people following the predictions o0f the Nigeria Hydrological Service Agency (NIHSA) on the 2019 annual flood outlook which fingered Oyo state as a likely victim of flooding.

He said, “As you are very much aware, the government of Engineer Seyi Makinde, since its assumption of office over three months ago has placed huge premium on environmental cleanliness and rectitude as a way of life. Our Governor did not mince words in his condemnation of improper waste disposal, among other factors that cause periodic flooding in Ibadan and other parts if Oyo state.

“Recently, the Nigeria Hydrological Service Agency (NIHSA) addressed a press conference which provided updates on its earlier released 2019 Annual Flood Outlook. The updated report gave a frightening prediction of flooding in most states of Nigeria in the last tranche of the 2019 rainy season, with Oyo state, Ibadan in particular fingered among the likely victims.

“The vulnerability of Ibadan to river and urban flooding is induced by the city’s topographic terrain, the problem of indiscriminate waste disposal, building of houses on flood plains, with the tendency of all the foregoing even being aggravated by the universal menace of global warming and climate change.

“It is in the light of this that the government of the day in Oyo state has expressed its unreserved commitment to the full implementation of the Ibadan Urban Flood Management Project, the state-owned flood risk mitigation project with funding and technical assistance from the World bank.

“I want to inform you that four environmental tribunals have been approved and will soon be inaugurated by His Excellency. We are aware that there is no way you can keep these cities clean without enforcement and we just have to ensure that we enforce the extant environmental regulations and we are going to do that.

“Between now and the next raining season, we are looking at three different phases of engagement. We are going to continue to engage with the public, we need to inform ourselves, enlighten and educate the people on the need for them to have their environment kept clean and their refuse properly disposed.

“In the ministry, we are also planning to have an environmental summit which will also happen before the next rain. At that environmental summit, we are going to bring in all critical stakeholders, everybody whose activities, directly or indirectly either individually or as a corporate organisations impact on the environment such as the air, land or even bodies of waters. We are going to involve them.”