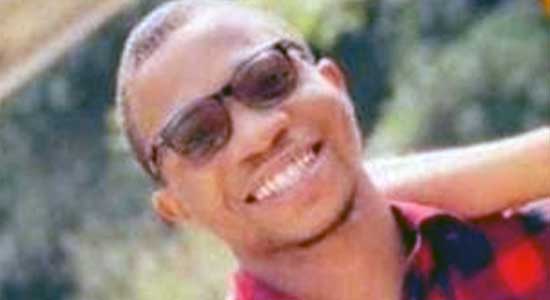 A young man, whose identity is yet to be ascertained, has allegedly committed suicide over a failed relationship, THISDAY report

It was gathered that the man, who is a final year student of the polytechnic, was already doing his Industrial Attachment (IT), preparatory to graduation, when his lover jilted him.

A student of the institution, Iyke Orji narrated the incident describing the deceased as one who was “full of energy and life, and an intelligent boy with close to distinction (First Class).”

Orji further said: “He was a student of Public Administration. He decided to stay in Oko for his one year industrial training, (but) instead of focusing on his training, he decided to search for true love.”

The account said that his girlfriend recently broke up with him, and the news devastated him. On Friday, when he could not endure it, he drank sniper insecticide and died.

He was said to have been rushed to a hospital in the area by neighbours, but was later announced dead.

Public relations officer of the institution, Mr. Chijioke Ibeziakor was not available to react to the incident. He neither answered his calls nor responded to his text message. ,

Also, the spokesperson of the Anambra State Police Command, Toochukwu Ikenga was not available to confirm the incident, as he could not be reached as at press time.