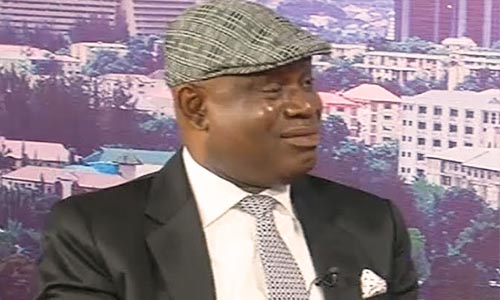 Senior Advocate of Nigeria (SAN), Chief Emeka Ngige has been appointed the Chairman of Nigeria’s Council of Legal Education.

The learned silk was inaugurated as Chairman of the Council on the 28th day of May, 2019.

The Council is established by virtue of the Legal Education Act, 1962 which later became the Legal Education (Consolidation etc) Act, 1976 Contained in CAP L. 10, Volume 8, LFN, 2004, and tasked with the responsibility of educating law graduates to be noble lawyers of the bar.

It is responsible for the issuance of qualifying certificates to persons qualified for call to the bar, and such other functions incidental to the general function of the Council.

The Chairman is usually appointed by the Federal Government on the recommendation of the Attorney General of the Federation.

Other members of the Council are Attorney General of all the states (and in the absence of a State Attorney General, the Solicitor General); a representative of the Federal Ministry of Justice appointed by the Federal Attorney General; Heads of Faculty of Law of recognised universities in Nigeria, whose course of legal studies is approved by Council as sufficient qualification for admission to the Law School [Dean of accredited faculties of law automatically get appointed to the CLE]; President of the NBA; 15 persons entitled to practise as legal practitioners in Nigeria of not less than 10 years post call selected by NBA; [15 members of the bar, 10yr post call.]; the Director General of the Law School; and two authors of published learned works in the field of law appointed by the Federal Attorney General.

The learned silk is the Principal Partner of one of Nigeria’s leading Law Firms, Emeka & Ngige & Co (Legal practitioners).

He is a distinguished Bar Leader and outstanding legal luminary. He is a brother to Chris Ngige, the immediate past Minister of Labour.