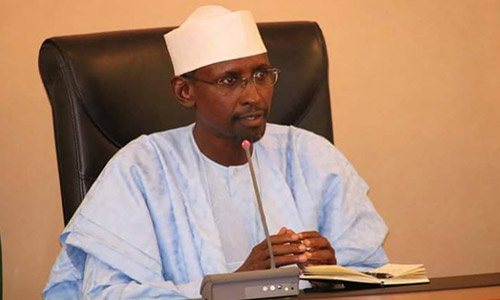 The Federal Capital Territory Administration (FCTA) has revealed that the official residences of the President of the Senate and Speaker of the House of Representatives, currently under construction around the Three Arms Zone, may soon be demolished.

The ongoing construction, according to the administration, contravenes the Abuja Master Plan.

Coordinator of Abuja Metropolitan Management Council (AMMC), Umar Shuaibu, issued the threat when he appeared before the House of Representatives Adhoc Committee investigating the real estate sector in the FCT.

Shuaibu hinted that “notices have been issued by the FCT Administration, informing the management of the National Assembly of an imminent demolition of the four massive structures that will also house the Deputy President of the Senate, as well as the Deputy Speaker of the House of Representatives.

“The official residences of the President of the Senate and the Speaker of the House of Representatives, don’t conform with our Master Plan. They’re located within the Three Arms Zone.

“We have written to notify them of the violation of Abuja Master Plan. We are waiting to move in soon. They’ve been duly notified by us.”

The said structures are located inside the National Assembly. Former FCT Minister and current Governor of Bauchi State, Bala Mohammed gave the approval for the construction of the structures during the administration of President Goodluck Jonathan.

The approval followed the suspicious sale of the official residences of the presiding officers of the National Assembly, located in Apo Legislative Quarters, Abuja.

Since the sale of the former official quarters, the FCT Administration has been spending billions of naira yearly to pay for the house rents of presiding officers of the two chambers of the National Assembly.

The current FCT Minister, Muhammad Bello, since he assumed office in 2015, has approved millions of naira for the completion of the structures.

The structures are expected to be completed before the expiration of President Muhammadu Buhari’s administration in May 2023.