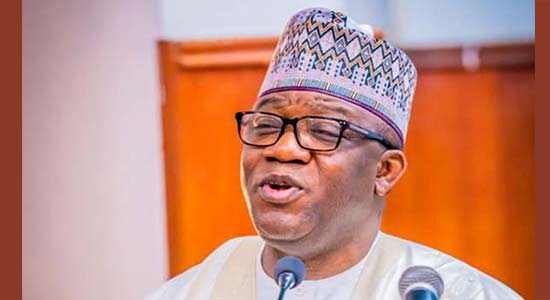 On May 22, 2020, President Muhammadu Buhari signed the order, granting financial autonomy to the legislature and the judiciary in the 36 states of the federation.

On February 11, 2022, the supreme court nullified the executive order 10 following a suit filed by the 36 states through their attorneys-general, contending the constitutionality of the order.

Speaking on the development in an interview with Channels Television on Monday, Fayemi said governors are still committed to financial autonomy for state judiciary and legislature despite the supreme court verdict.

The Ekiti governor, who doubles as the chairman of the NGF, said the forum remains committed to its position on the agreement reached with representatives of the judiciary and legislative workers in 2021 on financial autonomy.

“Let me state upfront that governors are committed to the agreement we reached with the representatives of the legislature and the judiciary, in the presence of the honourable minister of labour and employment, that the memorandum of understanding we reached is sacrosanct,” Fayemi said.

“We are not changing our position on that. Virtually, all state governments have incorporated this in the 2022 budget.

“Autonomy is on course. There is no running away from that in principle position that the NGF and my other governors have taken in all the states.

“However, we were after a principle — this is a democracy that is founded on the rule of law and on extant position of the constitution.

“The constitution has already stipulated clearly how the notion of judicial and legislative autonomy should be addressed.

“We felt that Mr President was misadvised by his officials who asked him to go for executive order 10.

“We said as much to Mr President and he was gracious enough to ask that our position be considered when he asked the chief of staff to set up a meeting between myself, my vice-chairman, as well as the honourable attorney-general of the federation and federal minister of finance.

“At that meeting, we stated this position that we were only going to court to ensure that this does not become a precedent in which the federal government can go into the federation account and remove funds belonging to the state in an arbitrary manner.

“That is the principle we are after. We are not after stopping our commitment to judicial autonomy and our discussion and agreement with the conference of speakers and the national judicial council.”