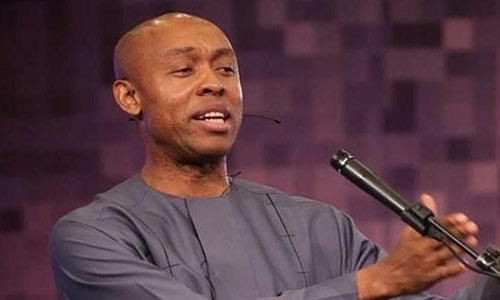 The former chairman of the National Human Rights Commission, NHRC, Prof. Chidi Odinkalu, has expressed concern over the ex-parte order granted by the High Court of Edo State restraining Mrs. Edamwen Evelyn Asemota from participating in the funeral of her late billionaire ex-husband and philanthropist, Captain Idahosa Okunbo, and also from parading herself as his widow.

The presiding judge, Justice Oviawe held as follows: “I have carefully considered this application, which is brought exparte. I have seen the affidavit of urgency and the affidavit in support of the motion, together with the exhibits attached. I have also given consideration to the written address containing the submission of counsel and the legal authority relied upon.

“I am satisfied that there is an urgency shown in this application, such as can warrant the granting of the prayer contained in the motion paper, without the necessity of hearing the respondent. At any rate, there is an undertaking as required from the authorities, to pay damages, in the event that the order sought herein, should not have been granted.

“Upon the whole and in the particular consideration of the affidavit in support of the application, I shall proceed to grant the application in the following terms: an order of interim injunction is hereby granted, restraining the defendant/respondent from parading or holding out herself as a widow of the late Captain Idahosa Wells Okunbo and from doing anything that will disrupt the burial, scheduled to begin on October 5, 2021, pending the hearing and determination of the motion on notice.”

However, in reaction, Prof. Chidi Odinkalu dared committal for contempt and described the order as “crooked”.

“The judge who gave this order is crooked. Let them charge me with contempt”

According to Odinkalu, a person cannot be restrained from mourning and an adverse party ought to be heard first for such order to be granted

He said, “U can’t restrain anyone from mourning

“If u want to issue this kind of order, u shd give the adverse party a hearing

“U can’t adjourn the case until after the burial”

The judge who gave this order is crooked. Let them charge me with contempt:

1. U can’t restrain anyone from mourning

2. If u want to issue this kind of order, u shd give the adverse party a hearing

3. U can’t adjourn the case until after the burialhttps://t.co/CNfrArSex4

Okunbo, popularly known as Captain Hosa, an indigene of Benin, who was born on January 7, 1958, passed on in a London hospital at 63 on August 8, after battling pancreatic cancer, with his body flown into the Edo State capital last week, for burial.