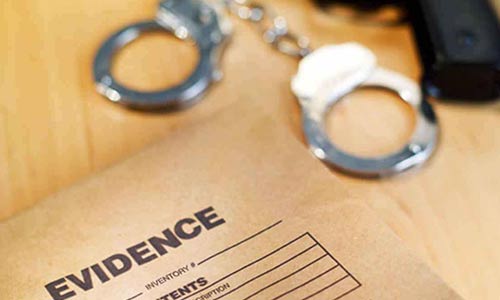 (3)        The power of the National Assembly to make laws for peace, order and good government of the federation with respect to any matter included in the exclusive legislative list save as otherwise provided in this Constitution, be to the exclusion of the Houses of Assembly of states.

State Parliaments have violated this constitutional order frequently and we have in existence, living, breathing proofs of this infraction as can be seen in several statutes enacted by Houses of Assembly of states. Let us consider anon a prominent instance of this encroachment.

Section 20 of the Rivers State Land Instruments (Preparation and Registration) Law Cap. 74, 1999 (and similar provisions as replicated in other states) provides a chronic example of meddlesomeness by state legislature in the field of evidence law. The provision enacts thus:

The instrument was thus expunged from the record for non-compliance with the law. His Lordship was merely following their earlier decision in Ojugbele v. Olasoji (1982) 4 S.C. 31.

The courts have followed this trend in subsequent cases. See Ogbimi v. Nigerian Construction Ltd (2006) All FWLR (Pt. 317) 390; Edokpolor & Co. Ltd v. Ohenhen (1994) 7 NWLR (Pt. 358) 511; Ayabunsi v. Ugwunze (1995)  6 NWLR (Pt. 401) 225. In all these cases, the courts were resolute in the view that “an unregistered instrument is not admissible to prove title,” though “admissible to prove payment of money and coupled with possession may give right to an equitable interest enforceable by specific performance.”

Interestingly, the courts have had a jurisprudential jolt in this regard and the occasion for this awakening presented itself in the case of Mr. Moses Benjamin & Ors v. Mr. Adokiye Kalio & Anor (2018) 18 WRN. 30.

In this case, the plaintiffs/appellants instituted an action against the defendants/respondents at the High Court, Rivers State vide a writ of summons claiming inter alia title to land. The plaintiffs’ suit was dismissed and it met a similar fate on appeal to the Court of Appeal. On further appeal to the Supreme Court, the suit was also dismissed.

At the apex court, a sub-issue which arose from one of the issues was “whether exhibit L, a registrable land instrument allegedly not registered in accordance with the provisions of the Rivers State Land Instruments (Preparation and Registration) Law Cap. 74, 1999 was admissible in evidence.”

When this issue came up at the court of first instance, the learned trial judge, His Lordship, Mary Peter Odili J (as she then was) was bold enough to depart from the earlier authorities. She held that: “exhibit L was properly pleaded – and cannot therefore be said to be inadmissible.” This position was sanctioned both by the Court of Appeal and the Supreme Court. Condemning the legislative incursion by state parliaments into the field of evidence law, His Lordship, Eko JSC observed as follows at p.39:

“It is obvious to me, upon painstaking and dispassionate perusal of Section 20 of the Law, Cap. 74 of Rivers State that the Rivers State House of Assembly had purportedly enacted a piece of legislation on evidence. Their legislative intent or purport is clear and categorical that no land instrument, mandatorily registrable, which is not so registered “shall not be pleaded or given in evidence in any court as affecting any land.” This clearly is an act of legislative trespass into the exclusive legislative terrain of the National Assembly prescribed by the Constitution since 1979. Section 20 of the Law, Cap 74 of Rivers State has therefore rendered inadmissible exhibit L, a piece of evidence that is relevant and admissible under the Evidence Act.”

Because, in my firm view, exhibit L is a piece of evidence pleadable and admissible in evidence by virtue of the Evidence Act read together with item 23 of the Exclusive Legislative List and Section 4(3) and (5) of I999 Constitution as amended (and the provisions in pari materia with Section 4(3) and (5) of the 1979 Constitution), it cannot, accordingly, be rendered unpleadable and inadmissible in any proceedings before any court of law by any law enacted by the state House of Assembly, as the Rivers State House of Assembly had purportedly done by their enactment of Section 20 of the Law, Cap. 74 of the Laws of Rivers State.”

The decision in Benjamin v. Kalio (supra) is a strong wave that will render moribund and dead several statutes enacted by Houses of Assembly insofar as they purport to stipulate requirements for the admissibility of evidence in Nigerian courts. For instance, Section 9(3) of the Administration of Criminal Justice (Repeal and Re-enactment) Law 2011 Lagos State, requiring video recording of the making of a confessional statement or, in its absence, the presence of the suspect’s legal practitioner, and which renders inadmissible any statement obtained in violation thereof is unconstitutional insofar as it enacts requirements in excess of the requirements contained in Section 29 of the Evidence Act 2011, which governs the admissibility of confessional statements in Nigerian courts.

It accordingly follows that Joseph Zhiya v. the People of Lagos state (2016) LPELR-40562(CA) and the host of cases which applied Section 9(3) of the Administration of Criminal Justice (Repeal and Re-enactment) Law 2011 Lagos State were decided per incuriam. This submission is made with the greatest respect.

However, cases like Akaeze Charles v. FRN (2018) LPELR-43922(CA) remain unassailable as same was decided pursuant to Sections 15(4) and 17(1) and (2) of the Administration of Criminal Justice Act 2015, which is a federal enactment. The provisions read thus:

15(4)    “Where a suspect who is arrested with or without warrant volunteers to make confessional statement, the police officer shall ensure that the making and taking of the statement shall be in writing and may be recorded electronically on retrievable video compact disc or such other audio visual means”

17(1)    “Where a suspect is arrested on allegation of having committed an offence, his statement shall be taken”

In Charles v FRN (supra), a confessional statement was rejected for non-compliance with the aforecited provisions.

As earlier stated, Charles v. FRN (supra) remains good law insofar as it is cited in courts where the Administration of Criminal Justice Act 2015 is applicable. It cannot be cited in courts which do not apply the Administration of Criminal Justice Act 2015, for by virtue of Section 3 of the Evidence Act 2011, mere case law cannot furnish the legal basis for weighing the admissibility or otherwise of evidence in Nigerian courts. The said section vouchsafes this power only to legislation. For the sake of clarity, the said section 3 provides that:

By this provision, mere case law (or say common law) is clearly precluded from the corpus of evidence law in Nigeria.

This position can only change if the National Assembly comes to the rescue by enacting such provisions which will be made applicable in an unbiased measure throughout the Federation and in all Nigerian courts (whether federal or state).

It is rather painful that a piece of legislation which hitherto purported to regulate the admission of confessional statements in courts (provisions which are highly welcomed in the administration of our criminal justice system) were enacted without the requisite legislative competence, thereby making same constitutionally offensive. This foregrounds yet again the need for legislative houses to keep abreast of the areas of their legislative competence, for as courts are not permitted to adjudicate on matters which do not fall within their jurisdictions, Parliament cannot legislate on matters which do not fall within their legislative province, and the limits are constitutionally delineated.

In conclusion, it is recommended that the National Assembly should pass a law similar to the provisions in Sections 15(4) & 17(1) and (2) of the Administration of Criminal Justice Act 2015. It could come in the form of an amendment to the Evidence Act 2011 which ought to be made applicable throughout the Federation and in all Nigerian courts.