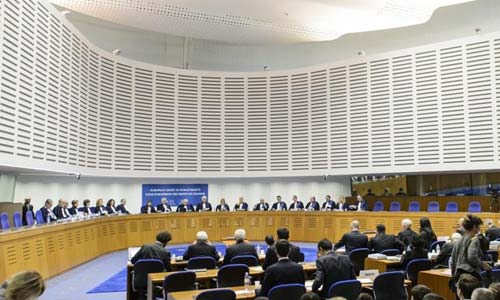 The European Union’s top court on Wednesday annulled the 27-country bloc’s approval of agriculture and fishing agreements that allow Morocco to export goods from Western Sahara.

The ruling could damage the EU’s relationship with Morocco, although the court said the effects of the 2019 agreements would be maintained over a certain period “to preserve the European Union’s external action and legal certainty over its international commitments.”

The EU is Morocco’s leading trade partner and the biggest foreign investor in the North African kingdom, according to the bloc.

The case was brought to the court by the Polisario Front, the movement seeking Western Sahara’s independence from Morocco. The movement challenged decisions by the European Council, the body that acts on behalf of EU member countries.

In its findings, the court determined that the Polisario Front was “recognized internationally as a representative of the people of Western Sahara,” and that the EU did not ensure it secured the consent of the Saharawi people before sealing the agreements with Morocco.

In a joint statement, the EU’s top diplomat, Josep Borrell, and Morocco’s minister of foreign affairs, Nasser Bourita, said they will take measures “to ensure the legal framework which guarantees the continuation and stability of trade relations.”

Oubi Bachir, the Polisario representative to the EU, celebrated “a great victory for the desert cause” in a message posted on Twitter.

The European Court of Justice ruled in February 2018 that a fisheries agreement between the EU and Morocco could not include the waters off Western Sahara.

Morocco considers the vast, mineral-rich Western Sahara its “southern provinces” and rejects any actions it regards as a threat to its territorial integrity. The territory’s status is one of the most sensitive topics in the North African kingdom.

Morocco annexed the former Spanish colony in 1975 and fought the Polisario Front independence movement. The UN brokered a cease-fire in 1991 and established a peacekeeping mission to monitor it.

But the Luxembourg-based European Court of Justice said Western Sahara isn’t part of Morocco, so its waters aren’t part of the EU-Morocco agreement. In 2018, the court said including those waters would contravene “certain rules of general international law” such as the right to self-determination.

Morocco and Spain are the countries most affected by the ruling. On the fishing agreement alone, Morocco is set to lose about 52 million euros annually, for four years, in exchange for allowing 128 vessels from 11 European countries fishing in the waters off the western African coast. Ninety-two of those vessels are Spanish.

The ruling came as the governments of Spain and Morocco have picked up contacts to try to solve the diplomatic crisis that led to the sudden arrival of some 10,000 migrants, including unaccompanied children, at the city of Ceuta, a Spanish enclave in North Africa.

The humanitarian crisis started as Morocco and Spain argued over Madrid’s decision to provide Covid-19 care to Brahim Ghali, the leader of the Western Sahara pro-independence front, which angered authorities in Rabat.

Moroccan authorities, meanwhile, denied that they encouraged people to try to enter Ceuta without authorization.